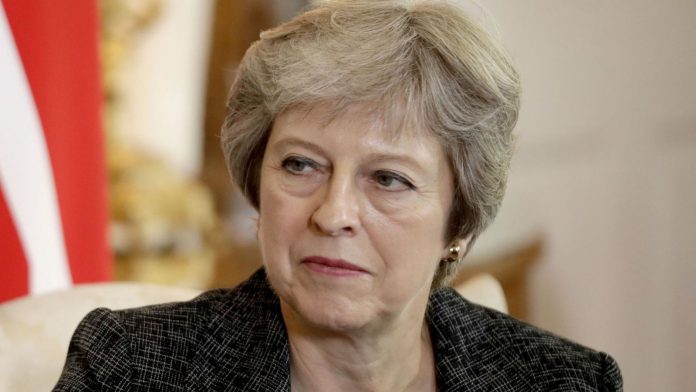 Theresa May risks a “catastrophic split” in her party if she persists with her Chequers plan for Brexit at this month’s Conservative conference, a former minister has warned.

Steve Baker, who quit as a Brexit minister, claims at least 80 MPs are prepared to vote down the Chequers plan in the Commons.

The former chairman of the Eurosceptic European Research Group said Mrs May faces “a massive problem” because of the scale of opposition to Chequers among Tory grassroots members.

With just 200 days to go to the scheduled date of Brexit, Mr Baker said that the PM would lack credibility with Brussels negotiators if she tried to press ahead with the Brexit blueprint at the party conference without the backing of her party.

“When negotiating, the prime minister needs to demonstrate her intent and also her power to deliver,” Mr Baker told the Press Association.

“If we come out of conference with her hoping to get Chequers through on the back of Labour votes, I think the EU negotiators would probably understand that if that were done, the Tory party would suffer the catastrophic split which thus far we have managed to avoid.”

Mr Baker said he was not advocating a change in leadership and said Tory critics of Chequers “do not want to be in a position of conflict with our own prime minister” and would give her “absolutely every support” in forging a free trade deal.

“Time is running awfully short for anyone who thinks a leadership contest and a general election is a good idea,” said the Wycombe MP.

But he said that, with Labour indicating it will vote against Mrs May’s Brexit white paper package, it would be “fanciful” to expect her to secure parliamentary approval for Chequers.

“We are reaching the point now where it is extremely difficult to see how we can rescue the Conservative Party from a catastrophic split if the Chequers proposals are carried forward,” he said.

“It is absolutely no pleasure whatsoever to me to acknowledge that, but I look at the mood of colleagues and the mood of the Conservative party in the country and I am gravely concerned for the future of our party.

“I am gravely concerned because I recognise that the Labour opposition represents a severe danger to our security and our prosperity.”

Mr Baker said he hoped the Tories would come out of conference united behind a Free Trade Agreement solution
to Britain’s future relations with the European Union.