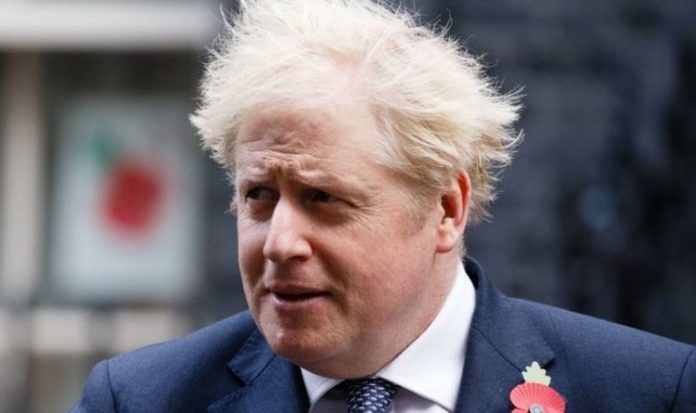 The Prime Minister has been called to adopt a four-day working week, in a letter signed by politicians and trade unions across the world to help recover from the crisis. Signed by officials such as former Shadow Chancellor, John McDonnell, chairwoman of the German Die Linke party, Katja Kipping, and Unite General Secretary, Len McCluskey, the letter says society must seize the opportunity to change the work structure. They claim reducing the working hours is essential for the “advancement of civilisation” and would help mental health while also reducing carbon emissions.

Commenting on the proposal put forward by the 4 Day Week UK Campaign, Alfie Stirling, Director of Research and Chief Economist at the New Economic Foundation, praised the new approach.

Speaking to Express.co.uk, he claimed a reduction in working hours could be a powerful tool for minimising the economic damage from the pandemic.

Mr Stirling said: “Reducing working hours while also providing pay protection is a powerful tool for minimising economic damage during any recession, and is has been put to particularly good use during the pandemic.

“It provides a double boost, both reducing redundancies by ensuring hours are more evenly distributed, while at the same time maintaining pay packets and wider spending which in turn protects more jobs.

“Outside of recession, reducing working hours gradually over an extended time period, for example through incremental increases in statutory paid leave, is also likely to see productivity rise through similar mechanisms to the minimum wage.

“Employers gradually invest more in equipment, machinery and improved systems to offset slightly higher costs of labour, which in turn has positive feedbacks for productivity and pay.”

Both the Welsh and Scottish Governments have set up Commissions to explore the idea of a four-day week.

JUST IN: Coronavirus in ‘critical stage’ to SAVE Christmas warns SAGE expert

“The Covid-19 pandemic has thrown the world of work up in the air offering a much-needed opportunity to rethink how we work.

“The four-day working week has hit the mainstream and it’s now up to governments, business leaders and trade unions to work together to make it a reality.”

It also been argued by some groups that a reduction in hours could increase productivity and improve mental health.

Research by the Health and Safety Executive showed 17.9 million days were lost due to work-related mental health issues in 2019/20.

In the lead up to the general election last December, former Labour Party leader Jeremy Corbyn had pledged to reduce the working week.

Mr Corbyn had pledged to bring it down to 32 hours although the Tories claimed this could increase staff costs in sectors such as health.