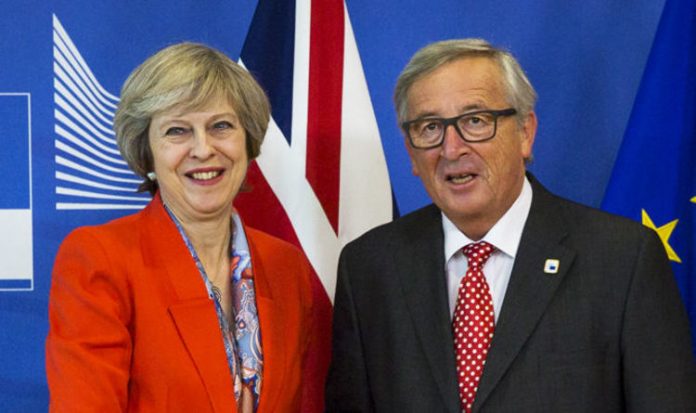 Firms are struggling to find qualified replacements for EU migrants who have left the UK since the Brexit referendum in 2016.

The number of EU migrants working in the UK has fallen by 86,000 to 2.28million over the past year, according to Government data.

But many companies believe this so-called ‘Brexodus’ could boost demand for British apprentices to replace departing workers.

IT firm West Coast has hired 15 UK sales apprentices at its office in Halifax, West Yorkshire this year, and hopes to get more on board.

Loiza Tallon, the company’s head of learning, said many older workers are becoming apprentices in order to pursue new careers.

She said: “I am hearing more and more older individuals in their 40s talking about apprenticeships and getting a new skill and changing course.

“A lot of labour jobs have now gone to eastern Europeans.

“But now the opportunities are available to older people to get qualifications and do that themselves.”

Ruben Kostucki, co-founder of Makers, a London coding school, said tech firms have been hit badly by the departure of EU migrants.

The Belgian national warned that many companies will leave the UK if they are unable to find British recruits.

He told the Financial Times: “They are already planning to set up an office in Holland or France so they have a base in the EU.

“They will then say, ‘I might as well move my tech team there’. We do not have a choice but to train local people. There is a moral reason to do this.”

The news comes after Brexit Secretary Dominic Raab said he was “confident” the UK would strike a withdrawal deal with the EU.

Speaking yesterday, Mr Raab said an agreement was “within our sights” as Britain’s departure from the bloc edges closer.

He told the House of Lords EU Committee that the UK Government was bringing “ambition, pragmatism and energy” to divorce negotiations.

Meanwhile, Brussels’ chief negotiator Michel Barnier gave his strongest hint yet that the EU was willing to agree to a Brexit deal.

The Frenchman said: “We are prepared to offer Britain a partnership such has never been with any other third country.

“We respect Britain’s red lines scrupulously. In return, they must respect what we are.”