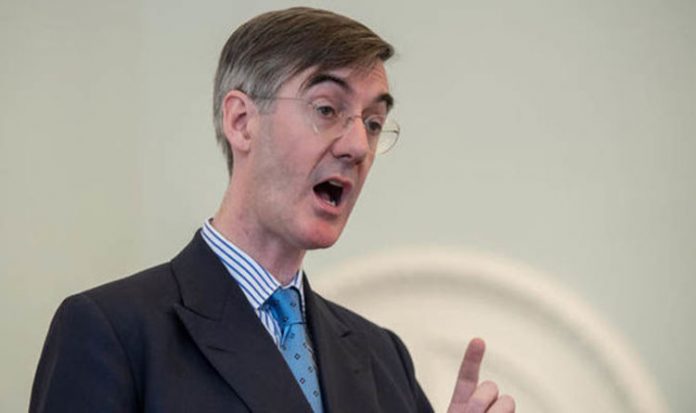 But Ms Soubry has hit out claiming that Leavers have infiltrated the Tories and suggested they should not be allowed to stay in the party.

But senior Tory MP Jacob Rees-Mogg pointed out it in an apparent reference to Ms Soubry, who reportedly joined the SDP before it merged with the Liberals to form the the pro-EU Lib Dems, that the Tories have welcomed converts from other parties.

Defending the surge in membership from former Ukip members, he said: “The Tory party has often welcomed converts from other parties, even one or two who flirted with or even joined the SDP.

“This is not infiltration but the normal flow of political opinion.”

She said: “We are on a membership drive at the same time as the likes of (Arron) Banks are urging members of Ukip and other hard Brexiteers to join our party to topple the leader and destroy Government policy.

“I’ve called on the party chairman to end the membership drive until we can be confident we are not being infiltrated by people who are not Conservatives.”

The original claims that Ukip members were infiltrating the Tories came from ex-justice minister Phillip lee after the Daily Express revealed that most of the party’s members in Dagenham had switched to the Conservatives.

Peter Harris, the former Ukip Dagenham candidate and London organiser, told the Daily Express that joining the Conservatives was the best way to ensure Brexit.

He said her view amounted to saying that “if any of the 17million who voted for Brexit join the Tories that is somehow infiltration.”

He added: “If the Soubrites are so worried and have so much support then let them get hundreds of activists who have their point of view to join.

“I wouldn’t mind – the more members the merrier.”

Another Tory MP said: “We seem to have allowed a lot of people to join up who used to be in Left-wing parties.

“Chris Grayling and Greg Clark were in the SDP and Liz Truss was a Lib Dem – they are all the Cabinet. Rehman Chisti, who is a minister, has been a Labour candidate.

“Perhaps it doesn’t matter if you’ve previously been in a Left-wing party.”

Former Ukip donor Arron Banks, who was blocked from joining the Tories earlier this month, said yesterday: “I was a Tory member and donor up until 2013 – I left over the referendum.

“For the party chairman Brandon Lewis to pick and choose the members they like seems a dangerous path. Many might think I’m more Conservative than Anna Soubry.”

A leaked memo from Conservative Campaign HQ yesterday revealed that local Tory organiser have been put on alert to scrutinise potential new members.

The memo, from the party’s head of membership Natalie Crosby-Jones urged local officers to refuse membership to people “whose declared opinions or conduct shall, in their judgement, be inconsistent with the objects or financial well-being of the association or likely to bring the party into disrepute.”

Theresa May spoke out about the Tory membership row earlier this week when she was questioned about the issue during her visit to Africa.

“My understanding is Aron Banks membership has not been accepted – because he is somebody who has actively campaign against the Conservative Party,” the Prime Minister said.

“What we have seen in the party over the last few months since the beginning of the year, is we have been working to increase in our membership and seen a steady increase.