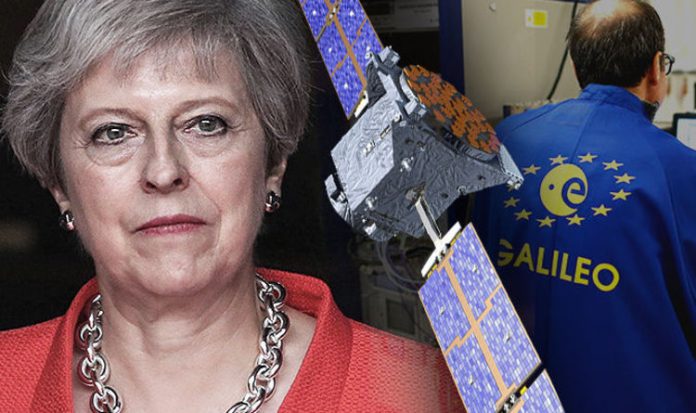 The Government confirmed plans for the UK to prepare to develop our own sat nav system as an alternative to the European Union’s own £9billion Galileo programme – meant to rival America’s Global Positioning System – to which the UK has already contributed about £1billion.

Brussels has started to exclude Britain and UK companies from sensitive future contracts on the project ahead of Brexit, and has said that Britain will be able to continue to use Galileo’s open signal but its military could be denied access to the encrypted version.

A previous review estimated that a failure of navigation satellite service could cost the UK economy £1billion a day, because of the critical role it plays in infrastructure including defence, emergency, business and air traffic control.

The Government confirmed yesterday it would invest £92million from its £3billion “Brexit readiness fund” to explore designing and developing a potential UK programme over 18 months.

The work will be led by the UK Space Agency and will inform the decision on whether to create a UK system as an alternative to Galileo.

Mrs May said in a hard-hitting statement released by aides: “We’ve been clear that the UK wants to remain involved in the EU’s Galileo satellite programme.

“But we cannot be an ‘end user’, shut out from security discussions and contracts, and without critical information about the system’s security.

“Use of something we are unable to rely on has little value, and we cannot justify paying towards that.

“So unless we receive assurance that we can collaborate on a close basis in the future – like the close security partners we aspire to be – we are clear that we will withdraw UK support for Galileo and pursue our own sovereign satellite system.

“And this is not an idle threat to achieve our negotiating objectives.

“In fact, we’re now taking the next step to deliver a UK alternative to Galileo – investing £92 million to create detailed proposals for a ground-breaking UK satellite system.

“This will ensure the UK’s safety post-Brexit, using the expertise of our world leading space and security sectors to do so.”