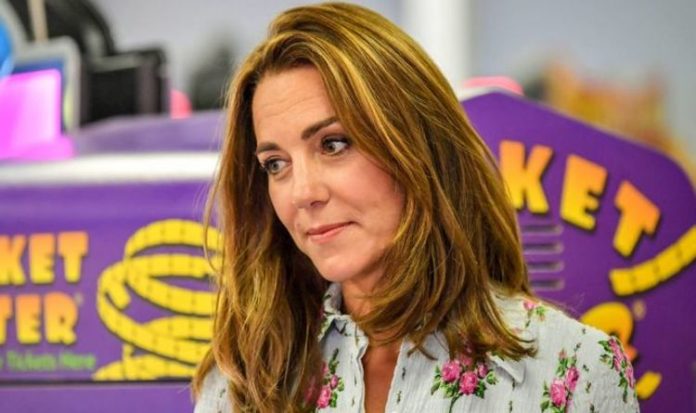 The Duchess has chosen the final images to be featured in a digital exhibition. She was joined by a panel of judges to select 100 images from more than 31,000 entries in her Hold Still photography project, which was launched with the National Portrait Gallery in May. Kate invited people of all ages across the UK to submit a photo which they had taken during lockdown, and in the six weeks that the project was open 31,598 images were submitted.

Speaking with the judges on a virtual chat, the Duchess of Cambridge said: “I’ve been so overwhelmed by the public’s response to Hold Still, the quality of the images has been extraordinary, and the poignancy and the stories behind the images have been equally as moving as well.”

Commenting on the photos, Ms May said: “I loved going through this, partly because it gives me a bit of a break from Covid-19 work that we’ve been doing in the NHS, where our NHS and our frontline staff have done an amazing job.”

She added: “I found it hard as well as hysterically funny at times. When I was going through them I had a good old giggle as well.”

Kate agreed with this, saying: “It’s true, it’s like a huge roller coaster, isn’t it, of emotions?

She said the images showed “how different and diverse everyone’s experience of Covid-19 has been”, adding: “No one story is the same, everyone’s is unique.

“It’s been great, it’s going to be so difficult to edit this down.”

“For Sikhs there was Vaisakhi, so it was very interesting as there was quite a lot of religious festivities that was happening within lockdown.

“It was absolutely beautiful as well to see so many different volunteers just come together and just help in every single way.

“Whether it was for food or lifestyle, any kind of help being offered within the community was really beautiful.”

Mr Sissay described how “emotional” the judging process was, adding: “As I studied the portraits in this most public crisis I was drawn into the most private moments.”

The digital exhibition will launch on September 14, with a focus on three themes – helpers and heroes, your new normal and acts of kindness.

A selection of the photographs will also be shown in towns and cities across the UK later in the year.

Mr Cullinan said: “We hope that through this project we really will capture a portrait of our nation, reflecting our collective and individual experiences during these unprecedented times.”