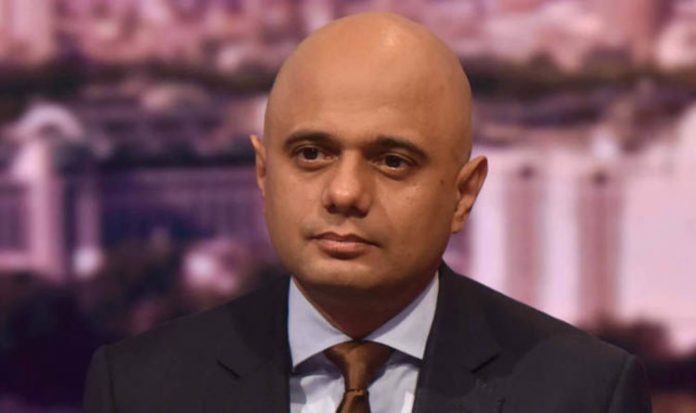 In what appeared to be a co-ordinated assault designed to discredit him amid rumours of a leadership challenge, a string of frontbenchers launched a series of stinging public broadsides.

One minister even described his outburst as “one of the most disgusting moments in modern politics”, hoping the episode spelled “the end” of the former foreign secretary’s political career.

But friends hit back by insisting the leading Brexiteer was being used as a “lightning rod” for the party’s blistering row over the country’s departure from the EU. The knives were out after Mr Johnson used a Sunday newspaper article to liken the Prime Minister’s negotiating strategy in the exit talks to wrapping a “suicide vest” around the UK and handing the detonator to Brussels.

He also called Mrs May’s Brexit blueprint, agreed at Chequers, a “humiliation” that allowed the EU to “bully” the UK.

But the most damning response came from Foreign Office Minister Sir Alan Duncan.

He said: “For Boris to say that the PM’s view is like that of a suicide bomber is too much.”

He tweeted: “This marks one of the most disgusting moments in modern British politics.”

Sir Alan, who previously worked under Mr Johnson at the Foreign Office, added: “I’m sorry, but this is the political end of Boris Johnson. If it isn’t now, I will make sure it is later.”

He suggested Mr Johnson was “never fit to govern”.

Alistair Burt, another Foreign Office Minister, added: “I’m stunned at the nature of this attack.

“There is no justification for such an outrageous, inappropriate and hurtful analogy.

“If we don’t stop this extraordinary use of language over Brexit, our country might never heal. Again, I say, enough.”

“A suicide bomber murdered many in the courtyard of my office in Helmand,” he tweeted.

“The carnage was disgusting, limbs and flesh hanging from trees and bushes.

“Brave men who stopped him killing me and others died in horrific pain.

Some need to grow up – comparing the Prime Minister to that isn’t funny.”

Mr Javid and Mr Brokenshire, both used television interviews to try to slap down Mr Johnson.

Insiders at Downing Street confirmed that the pair had both been authorised to publicly condemn Mr Johnson’s remarks.


I think there are much better ways to articulate your differences

Mr Javid told the BBC’s Andrew Marr Show: “I think there are much better ways to articulate your differences. It’s a reminder for all of us in public policy, whichever party we represent, to use measured language because I think that’s what the public want to see.”

Mr Brokenshire, speaking on the Sophie Ridge on Sunday show on Sky News, said of Mr Johnson: “I think he’s wrong on this, I think the tone that he’s used isn’t right and I think that we just need to be very focused on actually moving forward with the Chequers plan.”

“Personally I hope that won’t happen, I don’t think he is fit to lead the country,” she told BBC Radio 4’s The World This Weekend.

“Would I stay? I very much doubt it but we are not in that position at the moment and I hope we can avoid it.”

Victims of the Manchester Arena bombing also criticised Johnson’s choice of words. Agnes Bergman, who survived with her daughters Emma and Lily, said: “I resent Boris Johnson’s casual and careless use of words “suicide vest”, just for political propaganda. He is not fit for public office.”

But Mr Johnson’s supporters were rallying around him last night.

One close friend said: “It’s very clear this isn’t really about Boris, it is about the Brexit split in the party.

Boris Johnson has come under fire for his “suicide vest” remark (Image: GETTY )

“Boris is the lightning rod for the divide. There is a lot of support for Boris on the Brexit wing of the party. The people that are attacking him are the same old faces, people like Duncan and Tugendhat who are always having a go.”

MPs in favour of a clean break with Brussels also hit back at Mr Johnson’s critics yesterday.

She said opponents were “terrified of his popular appeal” and if Mr Johnson became leader and prime minister he would deliver a “clean and prosperous” Brexit.

Former London mayoral candidate MP Zac Goldsmith, in a barb directed at Sir Alan, said: “There are a number of possible motives behind this tweet, but given its author, we can be certain ‘principles’ aren’t one of them.”

Fellow Tory MP Andrew Bridgen said Mrs May was responsible for her leadership crisis. In his article Mr Johnson said Mrs May’s plans were effectively a surrender to Brussels.

He wrote: “It is a humiliation. We look like a seven-stone weakling being comically bent out of shape by a 500lb gorilla.”

He also expressed despair that the Irish border issue was dominating the Brexit talks.