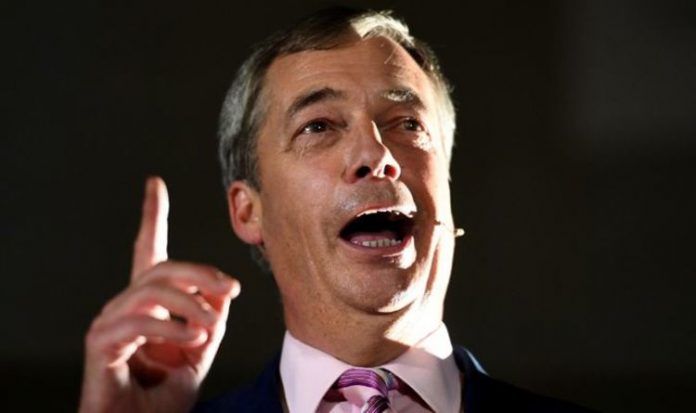 It was today announced that the Duke and Duchess of Sussex will not be returning as working members of the Royal Family. Taking to Twitter, Brexiteer Mr Farage branded it “the best news I have heard in ages”.

The Reform UK leader tweeted: “So Harry and Meghan will not return as working royals.

“This is the best news I have heard in ages.”

Meghan, 39, and Harry, 36, started a new life in California after quitting as working royals in March 2020.

The Megxit arrangements were due to be reviewed after 12 months.

They have now been stripped of their royal patronages after confirming Megxit was permanent.

The decision came after Harry held talks with his grandmother and other senior royals ahead of the one-year anniversary on March 31.

Buckingham Palace said in a statement: “The Duke and Duchess of Sussex have confirmed to Her Majesty the Queen that they will not be returning as working members of the Royal Family.

In a major blow to former soldier Harry, he is no longer the Captain General of the Royal Marines, Honorary Air Force Commandant of the Royal Air Force Base Honington, or Honorary Commodore-in-Chief of the Royal Naval Commands’ Small Ships and Diving.

He has also had to give up his role as president of The Queen’s Commonwealth Trust.

He is also no longer patron of the London Marathon Charitable Trust.

Meghan loses two patronages handed to her by the monarch – the Royal National Theatre and the Association of Commonwealth Universities.

The ex-actress also has to relinquish her role as vice-president of The Queen’s Commonwealth Trust.

Meghan and Harry, who are expecting their second child, are living in a mansion in California with their young son Archie.

Since ending royal duties last March, they have signed lucrative deals with Netflix and Spotify as they launch new careers in America.