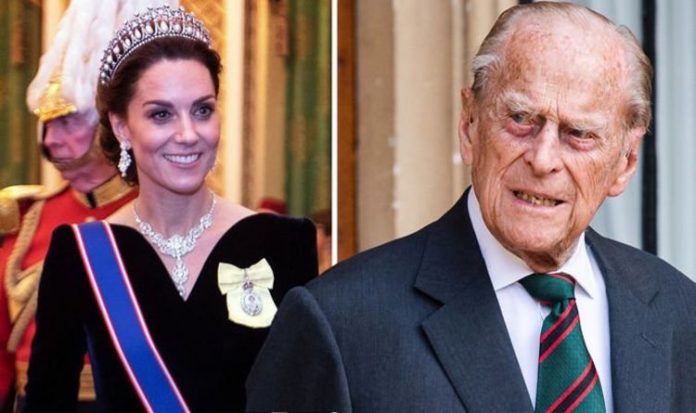 The Queen is Britain’s longest-serving monarch and next year the country will mark her 70th year on the throne. Since the start of her reign, Prince Philip has been by the Queen’s side as her husband and an integral working member of the Royal Family. But despite his important royal role, Philip has never been known as King.

Why is Prince Philip not known as King?

Despite being married to the Queen, Prince Philip is not known as King.

Over the course of British history, the husband of a Queen born into the line of succession has not held the title of King.

This was notably the case for the husbands of Queen Anne and Queen Victoria.

READ MORE: Meghan Markle and Prince Harry told to ‘stop the flow of me, me, me’

But in 1957, the Queen made the decision to make Philip a Prince of the United Kingdom, in addition to the Duke of Edinburgh.

A statement from the palace from the time read, according to Town & Country: “The Queen has been pleased by Letters Patent under the Great Seal of the Realm bearing date February 22, 1957, to give and grant unto His Royal Highness the Duke of Edinburgh, KG, KT, GBE, the style and titular dignity of a Prince of the United Kingdom of Great Britain and Northern Ireland, Whitehall.

The Queen’s decision in 1957 echoed similar decisions made by previous British queen’s, with Queen Victoria creating the title of Prince Consort for her beloved husband Albert.

Why will Kate, Duchess of Cambridge be Queen?

Kate, Duchess of Cambridge is married to Prince William who, as second-in-line to the throne, is one day expected to be King.

As Kate was not born into the Royal Family, her royal titles are dependent on the titles held by her husband.

At the moment she is known as the Duchess of Cambridge, but she is likely to get a new royal title when Prince Charles becomes King.

When Charles is King, it stands to reason William will take on the title of Prince of Wales, as he will be heir to the throne.

In this case, Kate is likely to be officially styled as Catherine, Princess of Wales.

In the future when William is King, Kate will be most likely known as Queen Catherine.

This is because the wife of a King holds the title of Queen Consort in the British monarchy, but the husband of Queen does not hold the title of King Consort.