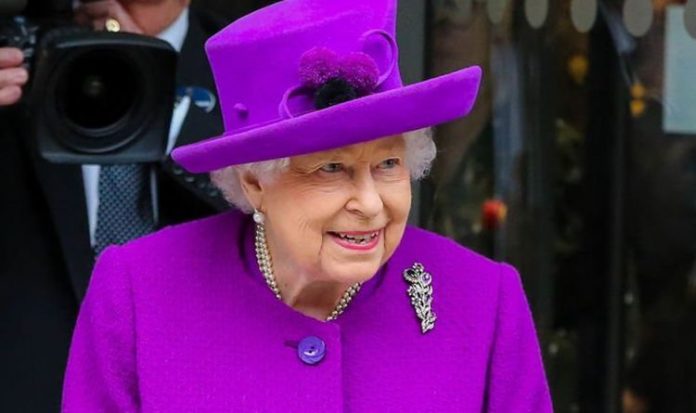 The Queen remains in good health during the third national lockdown, a source has claimed. In fact, the lockdown may have given the monarch a rare chance to rest after decades of whirlwind royal duties, given all her engagements need to be carried out remotely for the time being.

A source told People magazine: “It is possible this is the only slight rest she’s ever had in her whole life.

The Queen’s health is usually a matter not discussed by the palace, which rarely comments on her private medical matters.

However, earlier this month the monarch herself decided to break protocol and issue a statement announcing she and Prince Philip had received a vaccine against COVID-19.

A palace source gave further details about the royals’ vaccination, saying the jabs had been administered by a household doctor at Windsor Castle, where the elderly royals are self-isolating.

And, making it clear the decision to speak out about the jab came directly from the Queen, they added: “To prevent inaccuracies and further speculation, Her Majesty decided that she would let it be known she has had the vaccination.”

The monarch was joined at her home in Berkshire by Prince Philip on the same day, who has spent most of his retirement years at Wood Farm in Sandringham.

The couple did not leave Windsor until August, and only stepped out of the castle before that to attend the private wedding of Princess Beatrice and Edoardo Mapelli Mozzi at the nearby All Saints Chapel on July 17.

While in Berkshire, the Queen was photographed at Windsor Great Park horse riding with an aide.

She was also seen in the castle’s Quadrangle to attend, with no family member at her side, a streamlined Trooping the Colour parade in June.

And, on the same day of the nuptials of Princess Beatrice, the monarch also held a rare investiture ceremony outside to knight veteran and heroic fundraiser Captain Tom Moore.

Prince Philip, who turns 100 in June, was also seen during the first national lockdown.

The Duke of Edinburgh, who retired from public duty in August 2017, carried out a rare engagement in early July, when he handed over to Camilla, Duchess of Cornwall, his military patronage of The Rifles.

Prince Philip and the Queen travelled to Scotland in early August and spent there a few weeks, during which they were visited by a few family members including Princess Eugenie, the Wessexes and the Cambridges.

With none of the usual events taking place at Balmoral because of the pandemic, the royals decided to travel to Sandringham in mid-September and remain there for a few weeks together, before the Queen returned alone in southern England to resume her royal work – which included her first face-to-face visit in October.

However, as the second national lockdown loomed, the Queen and Prince Philip decided to reunite at Windsor – where they have also spent Christmas and the first few weeks of January.

Despite having left her main working residence in London months ago, the Queen never stopped working.

Every day, the monarch receives the red box from the Government containing official documents and briefings.

The Queen has also continued to hold her weekly meetings with the Prime Minister – albeit over the phone rather than in person.

Similarly, she has made arrangements to be able to continue to host private meetings with foreign diplomats and dignitaries, who for the time being will speak to her via video link.