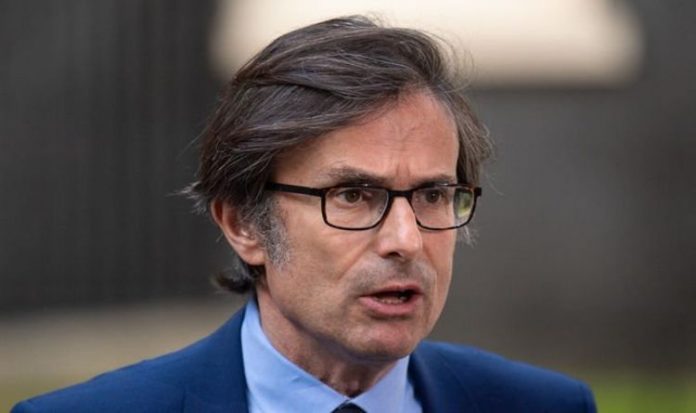 The ITV political editor has lashed out at the Prime Minister and warned his “biggest mistake” was attempting to simultaneous suppress the virus and grow the economy. In a scathing assessment of the Government, Mr Peston also pointed to Mr Johnson’s shock decision to ignore the advice given by Scientific Advisory Group for Emergencies (Sage) to impose a two-week circuit-break lockdown on September 21.

Mr Peston added the Prime Minister made a “catastrophic misjudgement” by deciding against a short 14-day lockdown in favour of his three-tier alert system.

Writing in his ITV blog, he said: “The big point is this – and it is one that his leading scientific advisers are completely explicit about: if Johnson had done the circuit breaker in late September, the prevalence and rate of transmission of the virus would have been suppressed to such a low level that Test and Trace today would be able to identify and address hotspots with laser-like accuracy.

“By taking tougher action earlier, our way of life and economic activity could have been maintained in a more normal way for longer during this difficult winter.

“In other words, the Prime Minister’s biggest mistake was – arguably – to put his faith in the false dichotomy between fighting the virus and propping up the economy.

And now Mr Johnson is widely expected to announce a new lockdown across England during a press conference at 5pm.

Just two weeks ago, the Prime Minister said he wanted to avoid the “misery of a national lockdown” while being forced to defend his localised strategy.

It is understood a national lockdown could be introduced as early as November 4, with all non-essential shops closing.

The measure could last until at least December 1, with nurseries, schools and universities remaining open.

A return to some of the measures seen in March would mirror the actions taken in France and Germany earlier this week.

READ MORE: Coronavirus: Over 1 in 100 of those infected with disease will die

Professor Calum Semple, a member of Sage stated the virus is “running riot” across every demographic.

Speaking on BBC Radio 4’s Today programme, he said: “For the naysayers that don’t believe in a second wave, there is a second wave.

“And, unlike the first wave, where we had a national lockdown which protected huge swathes of society, this outbreak is now running riot across all age groups.”