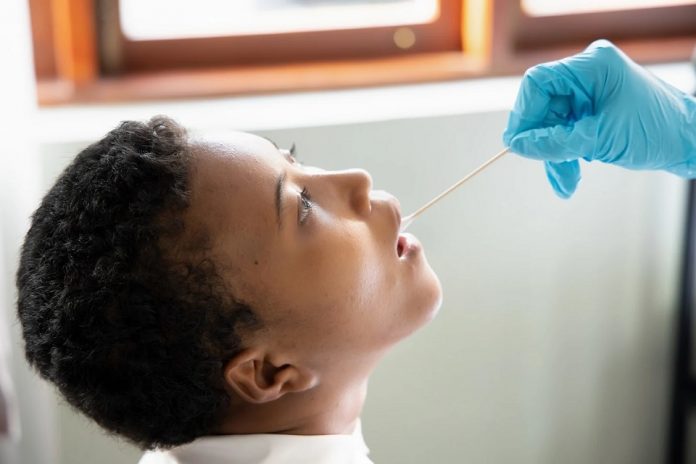 NHS Test and Trace continues its strong start to 2021 with 93.8% of in-person test results the next day after the test was taken, compared with 84.8% the week before. Turnaround times have now reduced to similar lengths of time seen at the beginning of December, following the increase over the festive period.

Not only are people able to receive a test result more quickly and conveniently, but the service has seen another record-breaking week in which the service reached 93.2% of contacts – the highest since Test and Trace was launched.

NHS Test and Trace has successfully reached 85.9% of the people who received a positive test result, and 93.2% of their contacts, making a real impact in breaking chains of transmission. In total during the week of 14 to 20 January, 675,431 people who had either tested positive or their recent close contacts were reached and told to self-isolate, people who might otherwise have gone on to unknowingly infect others.

As NHS Test and Trace’s test site network continues to expand, with more than 800 test sites in operation, including 448 local test sites, people are travelling a shorter distance than ever before to get a test. The median distance travelled for a test is just 2.1 miles, the lowest since the service was launched, compared to 5.1 miles as recently as September.

Alongside improving turnaround times for tests, testing capacity has also increased, with a fleet of 500 new and improved mobile testing units hitting the streets earlier this month.

As NHS Test and Trace continues to employ innovation to increase testing capacity, the Milton Keynes Lighthouse laboratory, hosted by UK Biocentre, is on schedule to be able to process up to 225,000 samples per day. The laboratory is now using the LGC Biosearch Technologies’ EndPoint PCR (EPCR) testing system for COVID-19, which is confirmed to be accurate and sensitive enough to be used for COVID-19 testing, including for those without symptoms. EPCR is a technology that can be used to detect SARS-CoV-2 RNA N1/N2 genes with high sensitivity and ultra-high capacity (up to 150,000 tests each day on a single instrument).

The service is continuing to increase in capability and the testing capacity available is growing even further.

The turnaround times for test results have improved consistently since the start of the year, providing a service which ensures we contact as many people as possible, as quickly as possible.

More than one million LFD tests were conducted in this reporting week and exciting new technologies continue to come onboard to help us improve our detection of positive cases. Around 1 in 3 people with COVID-19 do not display symptoms, meaning you can infect others unknowingly. It is therefore crucial that we continue to follow public health guidance, and all play our part by following the rules and reducing our social contact to slow the spread of the virus.

Every week of 2021 we have seen a new record broken by NHS Test and Trace. This reporting week, 93.2% of contacts of those who tested positive for coronavirus have been successfully reached, a testament to the service’s performance levels and a continuation of the programme’s strong start to the year.

It is fantastic to see so many local tracing partnerships now underway and reaching 300 is a significant achievement. These partnerships give us better insights on where transmission of infection is occurring and increase the number of cases we are able to contact-trace. We’re incredibly grateful to everyone involved in the national and local teams across the country who are working non-stop to help us combat the spread of the virus.

We are extremely proud of the work achieved at the UK Biocentre. LGC’s testing solution leverages established PCR technology, enables rapid processing of unparalleled volumes of samples per instrument, and delivers clinical grade results. It also provides a significant reduction in the volume of PCR components required for the tests, providing significant cost savings to the NHS and reducing supply chain pressures.

Prior to the coronavirus pandemic, infectious disease testing at this scale was never envisaged. Now in rapid time, we have a validated testing system that will enable clinical laboratories to perform COVID-19 molecular testing workflows, allowing for mass testing.

As of 27 January, more than 66 million tests have been processed in the UK in total since testing began, more than any other comparable European country.

In the latest reporting week, 1,332,525 lateral flow device (LFD) tests have been carried out, with 3,932,951 conducted in total since first introduced in October.

Pillar 1 test results made available within 24 hours is consistent with last week’s total (94.8%) and this has remained broadly consistent since Test and Trace began. 94.8% of satellite tests were received within 3 days after the day they were taken, compared with 92.9% the previous week.

Over the past months, the government has put in place the largest network of diagnostic testing facilities created in British history. NHS Test and Trace now has the capacity to carry out more than 790,000 tests per day, compared to 2,000 just 9 months ago.

So far, more than 7.7 million cases and contacts have been reached and told to self-isolate by contact tracers.

The weekly statistics from the 34th week of NHS Test and Trace show in the most recent week of operations (14 to 20 January):

EPCR is a technology that can be used to detect SARS-CoV-2 RNA with high sensitivity and ultra-high capacity (more than 150,000 tests each day on a single instrument). An EPCR assay specific for SARS-CoV-2 RNA has been manufactured by the UK-based LGC Biosearch Technologies. The EPCR assay has been evaluated at the Milton Keynes Lighthouse Laboratory by UK BioCentre Ltd. See the evaluation report for more information.

Earlier this month, the government announced an additional £20 million to local authorities to cover the cost of the Test and Trace Support Payment Scheme, to ensure people continue to have access to the support they need to stay at home and reduce the transmission of COVID-19.

This includes an additional £10 million to enable local authorities to continue making discretionary payments to people who fall outside the scope of the main scheme, but who will still face hardship if required to self-isolate.