The Prime Minister is looking to appoint a prominent figure as the BBC’s new chairman and has drawn up a list of possible candidates. These include former cabinet ministers Nicky Morgan and Amber Rudd as well as Mr Neil.

It is believed these are all seen as credible figures with both the BBC and the Conservative Party.

Over the last few weeks, the two men had a brief phone call and are expected to meet in person soon, day Times reported.

It is believed Mr Johnson is looking to line up a new chairman to replace Sir David Clementi, whose term expires in February, by autumn.

The former culture secretary Baroness Morgan is an early frontrunner for the role after leading calls for change at the BBC.

Mr Neil, a long-serving BBC journalist and host, was recently axed from the broadcaster due to redundancies.

But the former Politics Live presenter, who criticised Mr Johnson during the December general election, is considered to be robust and independent-minded despite having a long association with the BBC.

Although Mr Johnson is on good terms with Ms Rudd following her resignation last year, it is believed an attempt to land her a role in the BBC would be fought by Dominic Cummings and other senior aides.

Other names for the role include former Chancellor George Osborne and Charles Moore, the former editor of the Daily Telegraph.

A senior government source said: “The Prime Minister believes the BBC is one of Britain’s best assets, with the soft power projects abroad.

“He thinks it can do more of that.”

Relationships between the BBC and Mr Johnson have become strained over recent weeks after the broadcaster announced it would be scrapping free TV licences for over-75s.

This means more than three million households will be forced to pay £157.50 a year for the service.

Due to the ongoing pandemic, the plan to bring in the fee was originally halted and Mr Johnson lashed out against the corporation – calling for the BBC to provide a better service.

His deputy spokesman said: “We have been clear we are bitterly disappointed by the BBC’s decision not to extend the free licence fee beyond August.

“We don’t believe that easing lockdown restrictions means older people value TV any less than they did a few weeks ago.

“The BBC must now look urgently to make sure how it uses its substantial licence fee income to deliver for people of all ages.”

The Prime Minister’s spokesman warned the BBC no decision had been made on decriminalising not paying the licence fee.

They added: “We did not consult on decriminalising of the TV licence fee which closed on April 1 after receiving 150,000 responses.

“We are assessing those and will respond in due course.”

Relationship between the BBC and Johnson strained (Image: Getty)

Three million households will now be forced to pay £157.50 for a colour licence and £57 for a black and white licence from August 1.

Only those who receive pension credit benefit and over 75 will be eligible for a free licence. 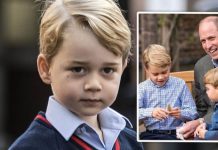