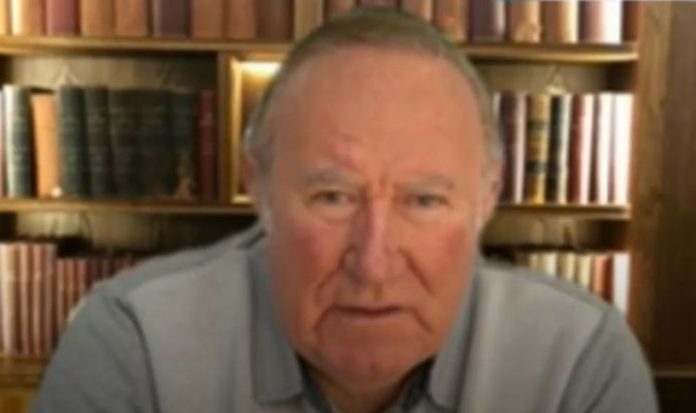 The ex-BBC journalist took to Twitter to highlight how over seven million people in the UK have received their first coronavirus jab. Mr Neil, widely viewed as Britain’s toughest interviewer, compared the figures to France and Germany who are lagging behind.

But a Twitter user with the hashtags #FBPE and #EUrejoiner in their name took a swipe at Mr Neil’s tweet and insisted it is “not a f***ing competition”.

In a brilliant comeback, Mr Neil said the Twitter user would be treating it as a competition if it was Britain falling behind.

The former BBC presenter blasted: “Oh you’d be treating it as a competition alright if Germany, France et al were vaccinating millions more than the UK.

“You wouldn’t be able to hide your delight, dissing the UK and bigging up the EU.

“Your grief at the UK doing well re Vax is clearly inconsolable. And don’t swear. Blocked.”

Mr Neil took no prisoners as he hit back at another Twitter user who said: “It’s not a competition Andrew. Or do you think this is replacing the Euros?”

Mr Neil said: “We’re well aware of the bad news. And there’s been plenty of it. But ignore good news? Makes no sense.”

His tweet comes as the UK is pushing ahead with its vaccine rollout.

More than seven million people have received their first dose and nearly 500,000 have had their second shot.

Meanwhile, the European Union is embroiled in an extraordinary row with AstraZeneca over supply problems.

Cabinet Office minister Michael Gove today insisted there “will be no interruption” to vaccine supplies from the pharmaceutical company after Brussels demanded to receive doses from UK plants.

In other news, the manufacture of a coronavirus vaccine is beginning in Scotland today.

If it is approved by regulators manufacturer Valneva is expected to deliver up to 60 million doses to the UK later in the year.