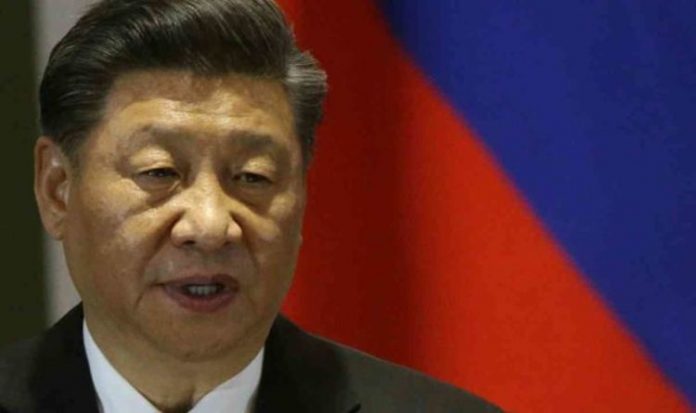 On Twitter Mr Neil wrote: “Thanks to the ‘China virus’ Western economies are still stagnating. But China is soaring ahead. Grew 2.3 percent in 2020 at an accelerating pace, 4.9 percent Q3.

China is the only expanding economy in the world, with all others suffering stagnation because of the pandemic.

China’s GDP grew by 2.3 percent after Chinese companies capitalised on the standstill affecting the rest of the world.

In comparison, the US economy retracted by 3.7 percent, whilst the Eurozone shrank by 7.5 percent.

In the same period, the UK’s economy was reduced by 11.2 percent.

The economic growth of China accelerated as the year progressed.

They said the success was due to having “Comrade Xi Jinping at the core”.

US secretary of state Mike Pompeo last week revealed information to suggest the virus leaked from a Chinese bio-security laboratory.

Beijing hit back by calling Mr Pompeo a “praying mantis trying to stop the rolling wheels of history”.

It comes as an independent panel said on Monday that Chinese officials could have applied public health measures more forcefully in January to curb the initial COVID-19 outbreak, and criticised the World Health Organisation (WHO) for not declaring an international emergency until January 30.

Their interim report was published hours after the WHO’s top emergency expert, Mike Ryan, said that global deaths from COVID-19 were expected to top 100,000 per week “very soon”.

“What is clear to the Panel is that public health measures could have been applied more forcefully by local and national health authorities in China in January,” the report said, referring to the initial outbreak of the new disease in the central city of Wuhan, in Hubei province.

As evidence emerged of human-to-human transmission, “in far too many countries, this signal was ignored”, it added.