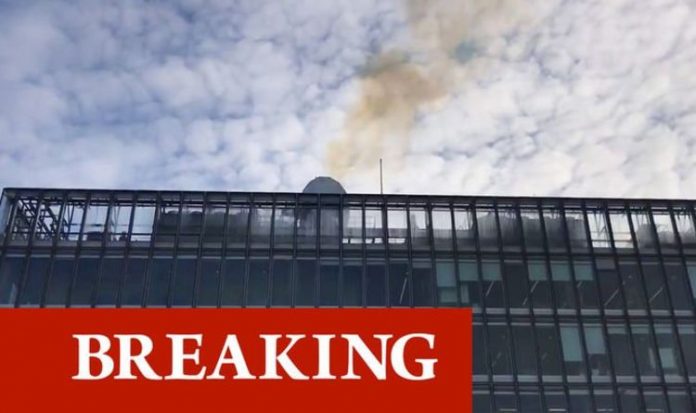 Fire crews were called to the studios located at Pacific Quay, Glasgow, Scotland, earlier today. The studios are the headquarters of the BBC in Scotland.

Video footage showed thick smoke billowing from the roof of the building.

People were also pictured stood outside the studios while the fire was tackled.

A witness tweeted: “BBC building in Glasgow has been evacuated.

“Smoke can be seen coming from the roof.

“Fire crews are on scene.”

A cause of the fire is not yet known.