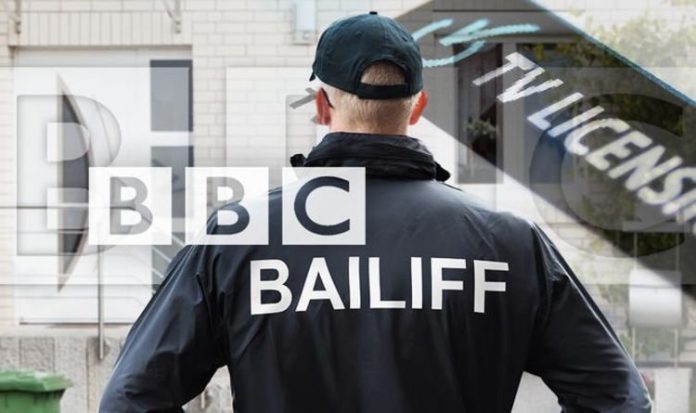 The corporation has faced ongoing criticism after scrapping the free TV licences for most over-75s. Calls have also been made for the BBC to become subscription-based like other streaming sites, such as Netflix.

And now, Rebecca Ryan, campaign director of Defund The BBC, has accused the corporation of being “manipulative”.

Speaking to Express.co.uk, Ms Ryan said: “Other benefits moving over to decriminalise it would be they wouldn’t be able to keep bombarding people with letters even after declaring they don’t need a TV licence.

“And the letters are sort of sent like red reminders.

“They have huge scary messaging saying you could get a £1,000 fine but underneath in small letters it says if you don’t watch live TV then you don’t [need one].

“I think they raise the spectre of a scary bailiff knocking on your doorstep as a reason why it can’t be decriminalised but I think that is completely false.

“There are a number of arguments as to why it would be better.”

During the election last year, Prime Minister Boris Johnson said he would look at decriminalising non-payment of the TV licence fee but since appears to have backtracked.

“And we do contest that because people are essentially a lot more scared of having a criminal record than a CCJ.

“If they had to move over to a CCJ system, then they would have to be much clearer in their communications.”

She added: “The main thing you’ve got at the moment is not so much the punishment at the end but you’ve got this extremely confusing messaging coming out of the BBC via capita which seems to make the rules deliberately opaque.

Ms Ryan also previously warned Mr Johnson could face losing Red Wall voters if he fails to deliver on Brexit and the BBC.

She said: “If he does not deliver on promises he could lose the Red Wall.

A BBC Spokesperson said: “We haven’t made preparations for a system that doesn’t exist.”