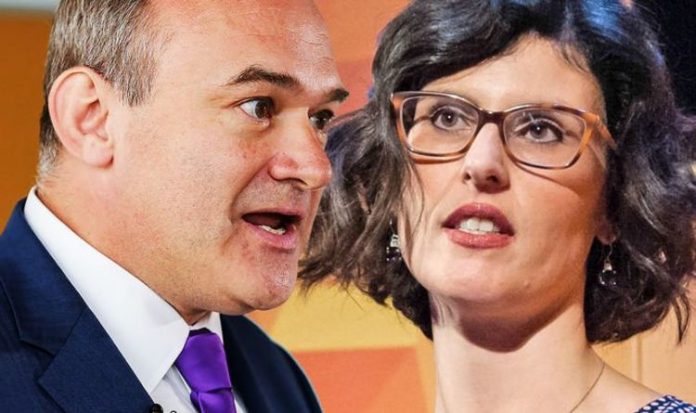 The leadership debate between Sir Ed Davey and Layla Moran was hosted by BBC News on Monday morning ahead of the voting ballot closing on Wednesday. Some BBC viewers took to Twitter to share their thoughts on the Liberal Democrats’ leadership candidates and their plans for the party’s future.

One Twitter user said: “The Lib Dems are still obsessed with re-joining the EU even though the country clearly voted to leave and the Tories won an 80 seat majority on the Brexit ticket.

READ  CMA lifts the lid on impact of algorithms

“The Lib Dems are the same old Party of undemocratic morons they’ve always been.”

Another tweeted: “Watching the @LibDems debate on @BBCNews and these two are off their head!”

A third wrote: “Sorry Ed and Layla, you are not fit to lead me.”

READ MORE: Liberal Democrat MP savaged by Brexiteer ‘get a job with the EU!’

Another tweeted: “This leadership contest has taken far too long and does not augur well for quick thinking and quick reactions to any questionable Tory Government action.

“In essence the Lib Dems have been absent from Politics for a very long time and damaged any credibility they might have had.”

A fifth wrote: “The Lib Dems stand for absolutely nothing.

Mr Davey replied: “I think we have got to deal with the situation that it is, at the moment a re-join is not where the British people are at.”

He added: “We fought Brexit, we opposed Brexit and we will continue to want Britain to be at the heart of the European Union.”

Ms Moran said: “I would love for this country to re-join the EU at some point, but I recognised that now is not the time.

“We have to win the hearts and minds of people first before we can get to that position.”