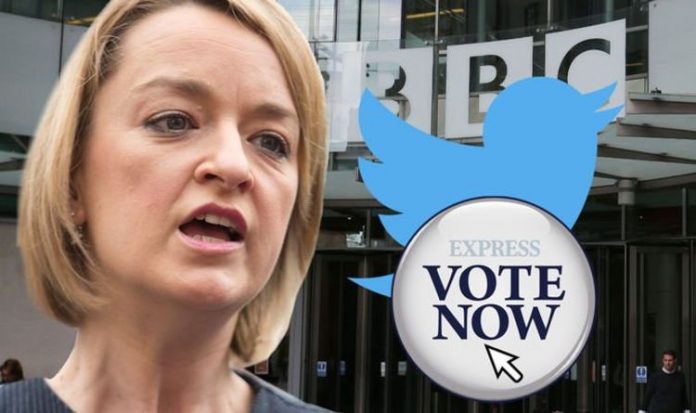 The BBC will publish new rules on the use of social media by its employees today. The fresh guidance comes after several of the corporations journalists have been accused of biased reporting on social channels such as Twitter.

The social media crackdown will be published alongside the findings of a review carried out by Richard Sambrook, a former BBC news executive.

Employees will be told they are expected to “retain the trust of the audiences we serve, and maintain the reputation and impartiality of the BBC” both on and offline.

The new rules are not intended to prevent BBC journalists from using social media, but to ensure employees uphold the BBC’s values.

The guidance will say: “The reputation for impartiality is a huge benefit to the BBC, as well as an obligation, and should never be seen as a restriction, or as an inconvenience or anachronism.

“In a world of polarised debate and argument, the value of impartiality as a core value is more pronounced that it has ever been.

“The overriding principle of this guidance is that anyone working for the BBC is a representative of the organisation, both offline and also when online, including on social media; the same standards apply to the behaviour and conduct of staff in both circumstances.”

Employees will be given a list of social media “dos and don’ts” and strict penalties will be imposed for rule breakers.

These penalties will be specifically for those working in news or current affairs in order to clamp down on any alleged bias on social media platforms.

“I know people want to see hard action on this.

“If they want to work for the BBC, I can ask people, you would suspend their Twitter account, absolutely.”

Sir Robbie Gibb, former BBC executive and ex-director of communications at No10, has welcomed the changes and suggested the guidelines may just be the start of reforms at the corporation.

Writing in the Times, he said: “New BBC staff social media guidelines published today may be the start of reform but I doubt it will end there and nor should it.

“The BBC can only justify itself as a publicly-funded broadcaster if it provides something its rivals do not – impartial news and entertainment.”

BBC journalists such as Emily Maitlis, Laura Kuenssberg, Lewis Goodall have all been accused of bias for their comments on political matters such as the Government’s handling of the coronavirus pandemic and commentary during the 2019 election campaign.