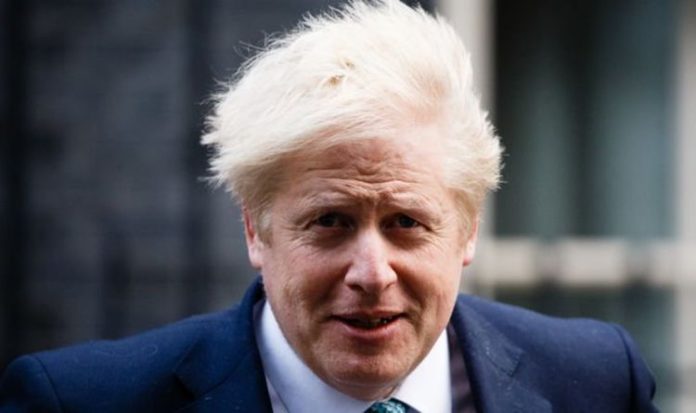 Mr Johnson faces a rebellion on his backbenchers over the shutdown when they are given a vote on the plan today (WED).

But he told the Cabinet yesterday the restrictions are vital because there is “absolutely no doubt” there would be thousands of deaths without action.

Mass testing and other scientific developments show there is a “very clear way ahead”, he said.

“So amid the uncertain gloom of November I see light ahead and I’m absolutely certain that we will have better days before us,” he added.

“Let’s all work flat out as a government to repay the confidence of the people who are doing the right thing and following the latest autumn measures.”

Mr Johnson launched a two-week pilot scheme that provides regular resting for half a million people in Liverpool from Friday.

Around  2,000 military personnel are helping to distribute the tests and if the scheme is a success, millions of the tests could be distributed by Christmas.

CBI president Lord Bilimoria said the pilot offered hope of a way out of the crisis.

He said: “The pilot in Liverpool is the first true chink of light that rapid mass testing can move from warm words to action on the ground.

“The findings from the pilot should enable restrictions to be much more focused and self-isolation to be much better targeted, so that we can genuinely get on top of the virus.

“Widespread, mass testing is a game changer that will mean people can move around safely and confidently.

“We need to leap-frog progress on mass testing. A proper rapid mass testing regime could transform the way we live and work within the coming months or sooner.”

MPs will vote on the lockdown plan today allowing it to come into force tomorrow until December 2.

A group of Tories is planning to oppose the measures, arguing local lockdowns have not been given enough time to work and shutting down the economy is too harmful to endure a second time.

Chancellor Rishi Sunak is facing demands from MPs to publish an assessment of the economic harm the restrictions will have.

The influential Treasury Select Committee said the analysis should be published before today’s vote.

But Communities Secretary Robert Jenrick suggested the work has not been carried out.

He said the Government “is taking advice” on the potential economic cost but admitted there is “not a specific document”.