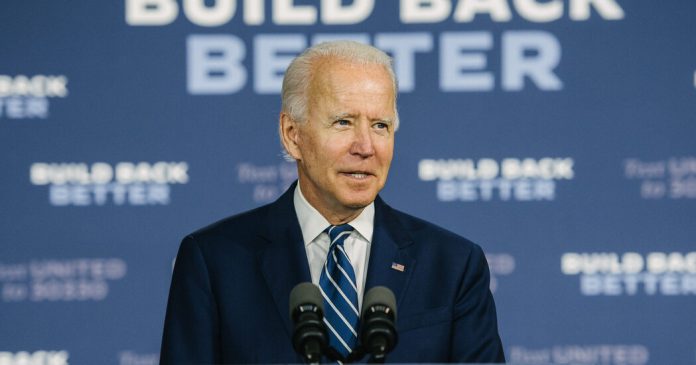 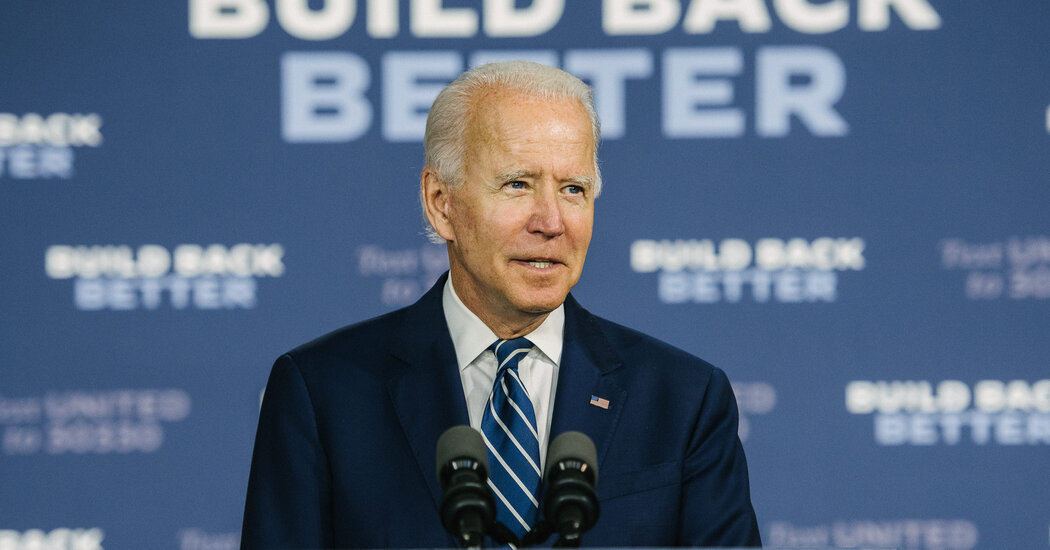 Joseph R. Biden Jr.’s campaign announced a $280 million fall advertising blitz on Wednesday, outlining plans for $220 million in television and $60 million in digital ads across 15 states in the lead-up to the November election.

The ad reservation, which will begin on Sept. 1, is by far the biggest of the 2020 race by either campaign and is a sign of the swift turnabout in Mr. Biden’s finances, as both small and large donors have rallied behind him since he became the presumptive Democratic nominee against President Trump.

Mr. Trump has reserved more than $145 million in television ads in 11 states starting after Labor Day; he has not announced the size of his digital reservations.

In a conference call outlining their fall strategy, Mr. Biden’s top advisers laid out a fairly simple and straightforward case heading into November: The 2020 election will be about Mr. Trump in general, and his stewardship of the nation during the coronavirus pandemic in particular.

“This election is a clear referendum on Donald Trump and his failed leadership on Covid and also on the economy,” said Jennifer O’Malley Dillon, Mr. Biden’s campaign manager.

Ms. O’Malley Dillon said the ad buy reflected the campaign’s efforts to open “multiple pathways” to achieving 270 electoral votes, with spending slated for states both in industrial strongholds that Mr. Trump won in 2016, like Michigan, Wisconsin and Pennsylvania, as well as in more traditionally conservative corners of the Sun Belt, including Georgia and Texas.

Mr. Biden’s campaign declined to say how much it was spending in any particular state, but the initial ad buy included 10 states that Mr. Trump carried in 2016 (the five above plus Florida, North Carolina, Arizona, Ohio and Iowa) and five that Hillary Clinton won (Minnesota, Nevada, New Hampshire, Colorado and Virginia).

Despite an Electoral College system in which winners are determined by state, the Biden campaign said it planned to continue to book national ads, including on “major viewing events” like sports and news, and on networks it said would target Black voters, including BET, TV1, Bounce and OWN, which together officials estimated would reach half of Black households.

There are four states where Mr. Biden is currently booking ads and Mr. Trump is not: two that Mr. Trump carried in 2016, Texas and Georgia, and two states that Mrs. Clinton won, Virginia and Colorado. Though Georgia is not part of Mr. Trump’s fall ad buy, he has been advertising heavily in the state since June.

On the conference call, the Biden campaign officials previewed some of the messages and contrasts they intend to press in the ad campaign. Mike Donilon, Mr. Biden’s chief strategist, said that the former vice president, Mr. Biden, offers stability compared to an “erratic” Mr. Trump, that he represents “core American values” compared to “walking away from them,” and that Mr. Biden represents someone “willing to bear the burden” of leading.

The campaign officials promised that Mr. Biden would make his own case through ads that would often be in his own voice. In a memo, the campaign said it would focus heavily on longer and more expensive minute-long ads versus the standard 30-second spots.

The Biden campaign included Texas — and its bounty of 38 electoral votes — in its initial fall ad reservation.

The campaign has previously made a show of announcing an ad buy in Texas, but it actually spent only $65,000 on that ad, according to data from Advertising Analytics, an ad tracking firm. The campaign did get some free airings, including on MSNBC’s “Morning Joe,” which ran the full minute-long spot when the campaign announced it.

The Biden campaign’s effort to compete in typically red territory may also be designed in part to encourage Mr. Trump to spend money there, even as polls show opportunities for Mr. Biden in some of those states. Ms. O’Malley Dillon noted the Trump campaign’s recent efforts to retool its advertising, which included a brief suspension of television advertising last week.

“As we’ve seen in their reset on their strategy and on their advertising in a smaller footprint of states, that’s not our approach,” she said. “Our approach is to go on offense, to have a broad strategy across all platforms and channels to reach voters where they are.”

On the call, senior Biden operatives detailed their plans to use paid media to target core constituencies including Latino, African-American and Asian-American and Pacific Islander voters, as well as both young and older voters.

According to the accompanying memo, when it comes to Latino outreach, for example, the campaign intends to “reserve a large bulk of advertising across Colorado, Florida, Arizona, Nevada and Virginia,” as well as “investments in Latino paid media in Pennsylvania and North Carolina.”

Biden campaign officials expressed confidence in the state of a race that shows their candidate leading many national polls by double digits, with a vice-presidential selection expected next week and the national convention the week after that.

For months, Mr. Biden has had a far smaller public presence than Mr. Trump, who has restarted his regular press briefings on the coronavirus and whose daily Twitter missives drive cable coverage day after day. Don’t expect that lower-key approach to necessarily change as the election nears, aides suggested.

“I don’t think that we need to be counterprogramming,” said Kate Bedingfield, one of Mr. Biden’s deputy campaign managers.