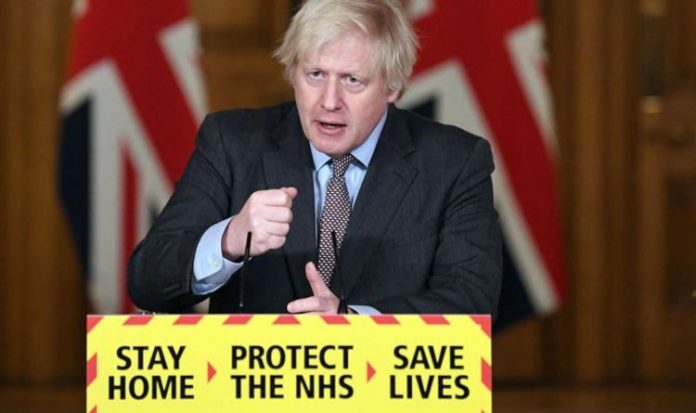 The Prime Minister restarted Covid briefings following the latest national lockdown, as cases rose to record highs and people required regular guidance. Ministers have regularly taken to the podium at Number 10 with various updates, among them changes to the border and progress in vaccine rollout. The Prime Minister commonly addresses the state of pandemic cases and deaths alongside the Government’s senior medical and scientific advisers.

Is the Prime Minister speaking today?

Downing Street uses press conferences to update people either on advancements made by the Government or the virus.

The briefings serve as a chance for the public to directly ask the Prime Minister or his ministers a question, and an opportunity for transparency from his cabinet.

They also mean the Prime Minister can let the public know how much longer they have to reckon with national lockdown.

The Government has not yet announced whether the Prime Minister will address the nation today.

Millions of people will want an update on the current Covid situation, as increasing numbers of countries have rejected the UK-made AstraZeneca vaccine.

France and Switzerland failed to approve the jab for use in their respective countries, citing a need for “additional data”.

They required further information on the effectiveness in older populations, which they anticipated this week.

She told the veteran broadcaster while the vaccines have a “reduction in efficacy” against some of the variants, there is still “some protection”.

Professor Gilbert said: “What that is looking like is that we may not be reducing the total number of cases but there’s still protection in that case against deaths, hospitalisations and severe disease.”

She added: “That’s really important for healthcare systems, even if we are having mild and asymptomatic infections, to prevent people going into hospital with Covid would have a major effect.”

News of the study has prompted Vaccines Minister Nadhim Zahawi to speak out.

Writing in the Daily Telegraph, the minister said other studies show the vaccine works “well” alongside the others.

He said: “We should bear in mind that recent studies show the vaccines being deployed right now across the UK appear to work well against the Covid-19 variants currently dominant in the UK.

“In terms of other variants, not in the UK, we need to be aware that even where a vaccine has reduced efficacy in preventing infection there may still be good efficacy against severe disease, hospitalisation, and death.

“This is vitally important for protecting the healthcare system.”