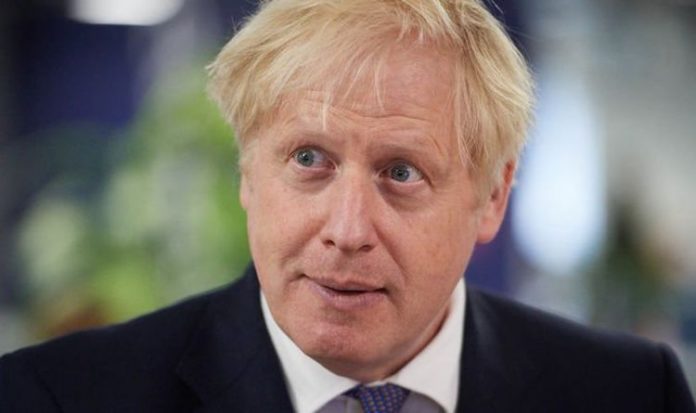 Prime Minister Boris Johnson has been updating the nation every so often with the fight against the coronavirus pandemic. Cases of coronavirus are spiking across the UK, with the total since the start of the outbreak now at more than 500,000. In the past 24 hours, the UK has recorded a total of 12,594 new COVID cases.

The Government has faced severe criticism over their handling of the pandemic, most recently for the reported computer glitch which saw nearly 16,000 people left out of daily figures.

This meant those who had been in close contact with these 15,841 cases were not informed.

While the issue has now been resolved, Labour has described the error as “shambolic”.

The Prime Minister said the cases data had been “truncated” and “lost”.

READ  235,000 haulier tests completed as lorry drivers urged to get tested away from border

However, he added: “What they have done now is not only contacted all the people who were identified as having the disease – that was done in the first place – but they are now working through all the contacts as well.”

Now a leaked document has shown the possibility of a three-tier lockdown for England in the coming weeks.

The leaked document, seen by the Guardian, showed a traffic-light style system and the most severe level would close all of the hospitality industry and social contact between households banned.

When is Boris Johnson speaking next?

Mr Johnson has been giving press conferences on the pandemic outbreak every few weeks when new information or rules come to light.

While the next planned coronavirus press conference is unknown, Mr Johnson will give an address on Tuesday, October 6.

Mr Johnson may be defensive as he addresses his party this year, with criticism over his handling of the pandemic and the Brexit negotiations.

MPs have demanded they be given the chance to vote on future coronavirus restrictions, with one vote due on Tuesday.

In the Commons, tomorrow MPs will vote on the ‘rule of six’ which halts gatherings of more than six people – inside and outside.

The Prime Minister’s official spokesperson urged Tory MPs to back the motion, telling reporters: “Parliament has supported the measures which we have put in place so far in the fight against coronavirus and we would urge MPs to continue to do so.

The spokesperson added: “He understands many of the frustrations that people have but as the prime minister, he has to take a course of action that prevents the further spread of the virus and therefore protects the NHS and protects lives.

“What we are seeking to do is get the right balance between protecting lives and livelihoods, which is why we are also trying to keep as much of the economy moving as we can.

“In terms of the rule of six, it gives clarity to the public and is a sensible and helpful step in helping us to control the spread of the virus.”