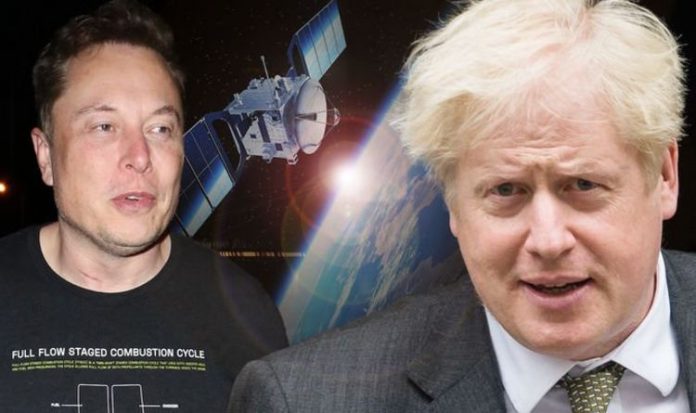 Galileo is Europe’s Global Navigation Satellite System (GNSS), and was built to rival the US GPS system, boasting a Public Regulated Service (PRS) to be used by government agencies, the armed forces and emergency services when it launches in 2026. But the EU claimed its most crucial feature – PRS – would only be accessible for bloc members when the first satellite launches, despite the UK providing the “brains and heart” of its main features. The Government, seeking a replacement for the Galileo satellite navigation system, said it will consider alternatives to an original plan to develop its own satellite constellation.

However, using OneWeb for navigation will not be a straightforward approach.

The company’s constellation will operate in low Earth orbit, rather than the medium Earth orbits used by Galileo, GPS and other navigation systems, and will operate at a different frequency than those traditionally used for navigation.

OneWeb was designed as a broadband constellation first and foremost – it will provide rural 4G, and one day 5G, internet signals in hard-to-reach places.

But while the plan will see OneWeb’s first run of satellites used for broadband, future developments could include navigation capacity.

Nick Shave, chair of industry body UKspace, said: “The Government will be looking at multiple options to meet its positioning, navigation and time capability.

“It will have terrestrial augmentation to meet the needs of the Ministry of Defence, and Department of Transport.”

David Morris, the Conservative MP who chairs the Parliamentary Space Committee, added: “It makes more sense to examine how OneWeb can be turned into a global, sector leading positioning service over time.”

Founded in 2012, OneWeb raised around $3billion (£2.33billion) from investors to build its mega-constellation but the firm went bankrupt in March after failing to raise more money from lead investor SoftBank.

At the time of the bankruptcy, OneWeb had launched just 74 of its planned 648 satellites.

Starlink, meanwhile, has over 500 in orbit already.

A new UK Space Council is being chaired by Chancellor Rishi Sunak and the sector has the personal interest of Dominic Cummings, Mr Johnson’s top adviser.

The Government’s overarching goal remains a 10 percent share of the £400billion space economy by 2030.