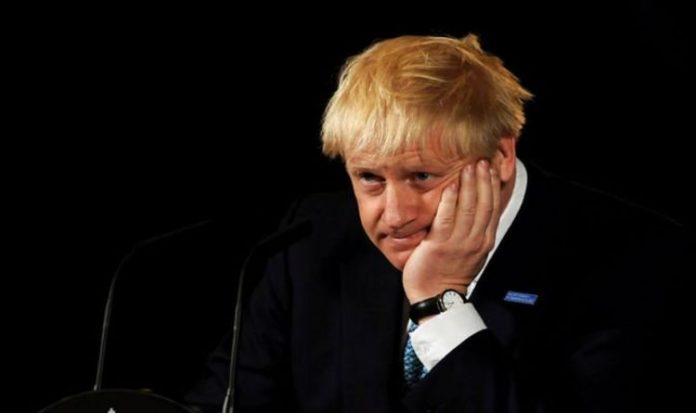 Many Conservative MPs believe the “public will not accept” an extension to the second national lockdown. It is estimated that close to 80 Tory backbenchers could revolt if the Government plans to extend the new restrictions. The Prime Minister has not given a concrete guarantee the lockdown restrictions will come to an end at the beginning of December.

The news comes as Foreign Secretary Dominic Raab denies that the Government used the “scariest” data possible to justify the extreme lockdown conditions.

At the Government’s lockdown press conference last Saturday Sir Patrick Vallance and Professor Chris Whitty suggested there could be up to 4,000 daily deaths by next month without further action.

But this drastic figure has been brought into question by scientists who say the data failed to include updates from the Government’s tiered coronavirus social distancing measures.

“We have corrected the slide you referred to with the wealth of scientific information that comes forward.

“We are trying to be as transparent as possible.”

He added: “I think the case for the measures we have taken is very clear.

“We want to get through to December 2.

“At that point we will transition back to a localised approach, it has always been our preference, but we need to get the R-rate, the prevalence of the virus, down and use the next few weeks to do that.”

Mr Raab also spoke about the Government attempting to be as transparent as possible with its data.

He said: “The transparency is we are putting a lot of data out there and when there is a mistake with it we change it so we respond to the scrutiny that transparency brings.

“I think that is the right thing.

“We are trying to be as transparent as possible.”