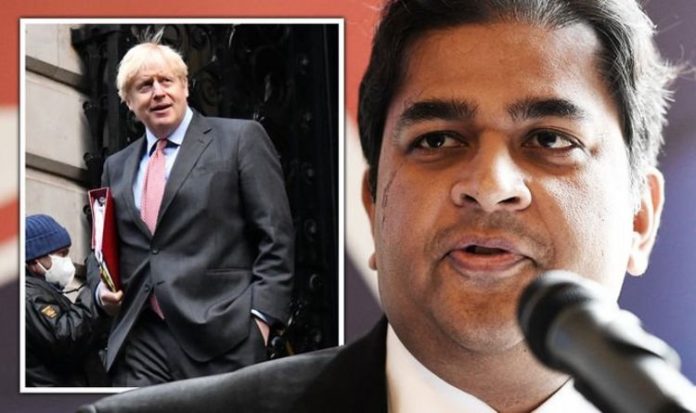 For months the key sticking points to agreeing a Brexit trade deal have been the same: fishing rights and common standards. Since the start of the talks, the EU insisted that in order to have access to its single market, Britain needs to sign up to regulatory alignment, creating a “level playing field” on which EU member states and other countries can trade. On the other hand, Downing Street believes Brexit is about regaining the sovereignty to be able to set its own rules, outside of EU regulations.

European Commission President Ursula von der Leyen has recently hinted at a possible compromise – but an agreement is still far away.

After a call with Prime Minister Boris Johnson yesterday evening, the EU chief claimed “big differences remain to be bridged”.

In an exclusive interview with Express.co.uk, though, Government trade adviser Shanker Singham claimed there is a perfect solution to the “level playing field” dilemma.

“Both parties will maintain an anti-subsidy regime. In the EU’s case, they will already have it.

“That anti-subsidy regime will cover impact on trade and impact on competition.

“It will probably say that if you are going to have exceptions, they should be limited to the following cases…

“Anyway, that level of detail would be in the Free Trade Agreement (FTA) and I have already written a completion and distortion chapter that I shared with both sides a long time ago.”

JUST IN: Denmark’s fishing scandal ‘should have strengthened UK’s hand’

‘Subsidies’ are defined as financial assistance from the government of a third country to a company or group of companies in that country.

The trade expert added: “There would be a dispute settlement mechanism in the FTA.

“Basically, if one party was violating those principles, then the grieved party could essentially sue the defendant under the FTA dispute settlement mechanism.

For example, Mr Singham claimed, if the UK violated those principles with measures that gave it an unfair advantage over Brussels in the area of the automated sector, the EU would be able to apply tariffs specifically to the UK’s measures.

Mr Singham argues this would be better than retaliatory tariffs because it is more sophisticated and would “advance the international trade agenda of the world”.

He explained: “This would be a major contribution to global trade policy problems.

“After all, this is the biggest issue in the China-US trade dispute.

“This is the solution that is possible.”

When asked why, if there is a way to solve the deadlock, a deal has not been struck yet, Mr Singham said: “It’s all up to the EU.

“If Brussels recognises that the UK is an independent nation state, with a desire for independent trade policy…

“Then, there is absolutely an opportunity for a deal.”

According to Alan Winters, director of the Trade Policy Observatory at the University of Sussex, there is “clearly” something Mr Johnson and Ms von der Leyen are yet to explain.

He told Express.co.uk: “It seems extraordinary that these set of issues, the ‘level playing field’, fishing rights and governance, have been around for six, seven months.

“I reckon there is something else going on, something they are not telling us.

“Remember that 99.8 percent of the economy is not talked about in the press.

“It is just very strange that we have been fixed on just these three issues.”