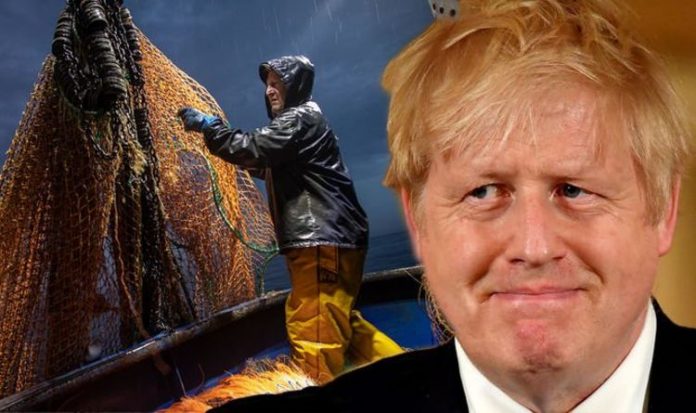 The EU and UK have embarked on an intensified final phase of Brexit talks today after Britain agreed to lift its block on negotiations. The breakthrough came after a call between the EU’s chief Brexit negotiator Michel Barnier and his British counterpart David Frost, with both sides agreeing to restart talks. Negotiations had been deadlocked since last week because of Prime Minister Boris Johnson’s decision to demand a “fundamental” rethink from the bloc before allowing further meetings.

Mr Barnier and Lord Frost agreed on a 10-point plan for this “next and final phase of the negotiations”, including working through weekends and establishing a “small joint secretariat” “to hold a master consolidated text”.

However, a Downing Street spokesperson said “it is clear that significant gaps remain between our positions in the most difficult areas”, such as fisheries and the level playing field.

Mr Johnson had criticised a statement adopted by EU leaders at a summit last week that called on the UK “to make the necessary moves to make an agreement possible”, saying there was no point continuing talks if all concessions needed to come from the British side.

In an exclusive interview with Express.co.uk, though, Brexiteer and former Ukip MP Douglas Carswell suggested that there is an area Britain could easily compromise in to reach a deal.

He said: “It may be possible to do a phased deal on fisheries

“It may be possible to say ‘it is an adjustment process for everyone, so let’s phase the arrangement over a period of three to four years.

“It could be done in a phased way, yes.

Before the negotiations on a future trade deal between the UK and Brussels even started, the French government made it clear to Mr Barnier that he had to push for stronger commitments on regulatory alignments and access to UK fishing waters in return for maintaining free trade.

Ever since the 2016 EU referendum, French President Emmanuel Macron has been championing the bloc’s fisheries demands.

In 2018, he suggested that if the UK was unwilling to compromise in negotiations on fishing, then talks on a wider trade deal would have been slow.

In February, the Frenchman claimed he was willing to put up a fight over the issue. He appears to have kept his word.

As he arrived at a summit of EU leaders in Brussels today, he said: “In no case shall our fishermen be sacrificed for Brexit.

“If these conditions are not met, it’s possible we won’t have a deal. If the right terms can’t be found at the end of these discussions, we’re ready for a no-deal for our future relations.”

According to Brussels sources, at the beginning of October the UK did offer a three-year transition period for European fishing fleets to allow them to prepare for the post-Brexit changes as part of an 11th-hour deal sweetener.