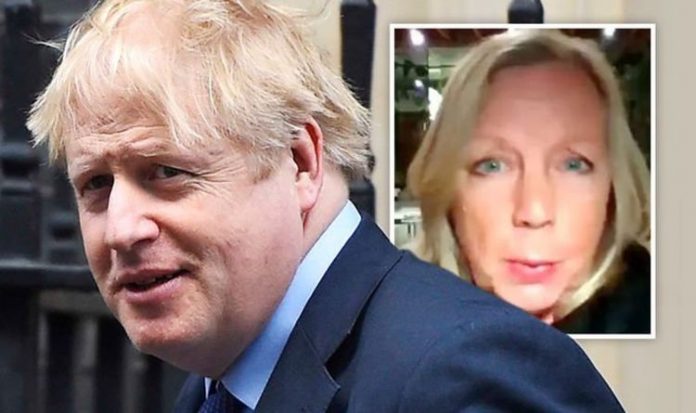 Boris Johnson is currently trying to negotiate a new trade deal with Brussels to replace the Brexit transition period which comes to an end at the close of this year. However talks are currently deadlocked over access to British waters for European fishing boats and how far the UK can deviate from EU regulations in certain areas.

If no agreement is agreed the UK and EU will trade on World Trade Organisation (WTO) terms from the beginning of next year resulting in increased tariffs.

Speaking about a deal on BBC Newsnight Ms Meaden said: “Well I am an optimist and I think there’s enough will to make it happen but sometimes deals fall over over ridiculous points.

“I think at this level we’ve got to take a sensible approach to the deal and we’ve got to find a way through it.

The UK will leave the Brexit transition period at the end of the year (Image: GETTY)

“And as optimistic as we are, as much as we like to get over as many hurdles as are thrown at us, we are very very worried.

“Big businesses, small businesses, different worries at different levels but I haven’t heard one business that is sitting there going ‘oh whatever’.”

Whilst Britain formally left the EU at the end of January, after a number of days, it remains in a Brexit transition period until the end of this year.

During this time the UK remains a member of the European single market ensuring tariff free trade.

There are fears of disruption around UK ports when the transition period ends (Image: GETTY)

However Britain still has to pay into the EU budget and follow a sizable proportion of Brussels legislation.

Mr Johnson refused repeated offers from the EU to extend the transition period arguing Brexit needs to be fully completed.

There are fears of disruption around UK ports from the beginning of next year when the transition period ends.

Appearing on BBC Newsnight Stephen Philpson, who heads the representative body for British manufacturers, argued coronavirus has made the situation particularly tough for business.

“We’re seeing information and process missing on both sides of the equation” (Image: GETTY)

Britain officially left the EU at the end of January (Image: GETTY)

He said: “Well quite a few of them are prepared but we’ve got a large contingent, something like about 40 percent plus, which are not prepared because they’ve been dealing with the pandemic so for them it’s been about survival and looking at their demand and their customers.

“They’re just about turning their attentions to the changes that are going to happen at the end of the transition period.

“On the other side of the equation we’ve seen a lot of guidance from the Government coming out which is big on the ‘what needs to be done’ but very short in some areas on how to do it and we’ve still waiting for lots of information to come from Government, even at this late stage.

“So on both sides we’re running up to a deadline here and we’re seeing information and process missing on both sides of the equation.”

The Government insists Britain is ready for the end of the transition period with or without a new trade deal.

Addressing Sky News a spokesman said: “We are making significant preparations to prepare for the guaranteed changes at the end of the transition period including investing £705m in jobs, technology and infrastructure at the border and providing £84m in grants to boost the customs intermediaries sector.

“This is alongside implementing border controls in stages so traders have more time to prepare.

“With less than one month to go, it’s vital that businesses and citizens make their final preparations too.

“That’s why we’re intensifying our engagement with businesses through the Brexit Business Taskforce and running a major public information campaign so they know exactly what they need to do to get ready.”

Today England returns to a tiered system of coronavirus restrictions as its second lockdown is completed.