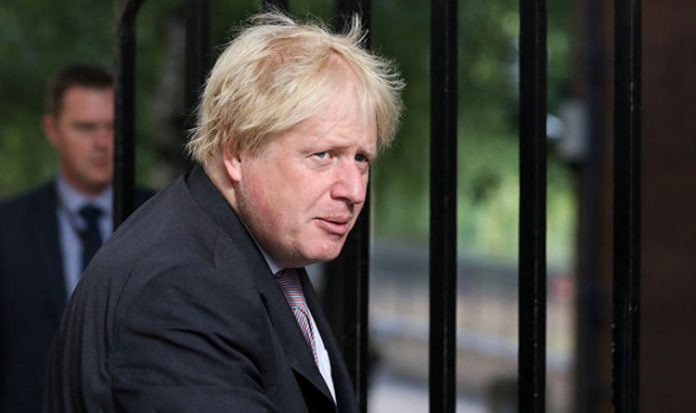 The staunch Brexiteer came under fire after Theresa May pushed through her plans for a ‘third’ way Brexit during nine-hour talks in Buckinghamshire on Friday night.

Today a small group of Tory MPs attended a briefing in Whitehall by Chief Whip Julian Smith and Mrs May’s chief of staff Gavin Barwell about the deal.

Morecambe and Lunesdale MP David Morris said the package was “realistic” and Brexiteers now had to be “grown up” about it.

When quizzed over Boris Johnson and Michael Gove’s approach to Brexit, he said: “The reality is they have to grow up and accept it.”

He said the detail of the agreement would be in the white paper on Thursday, adding: “What this is, in effect, is a common market, that is what it looks like to me”.

It comes after Prime Minister Theresa May was forced to dare up to seven Eurosceptic Cabinet ministers to walk away as she faced down a threatened revolt.

Mrs May persuaded her Eurosceptic MPs to back her 12-point blueprint for Britain’s future relationship with Brussels but also announced the Cabinet agreed to step up preparations for a “no-deal” Brexit.

But in an extraordinary move, Mrs May signalled her readiness for an emergency reshuffle to “bring on talent” if any rebels quit.

She has faced an angry backlash from Eurosceptic Tory MPs after the deal proposed a “free trade area for goods” that will mean the UK adopting many rules and regulations from the bitter bloc.