As Michel Barnier and Lord David Frost met for talks today, the Tory MP for Wokingham, claimed Britain cannot sacrifice UK fisheries to the EU. If talks fail to progress, Sir John insisted the UK should walk away if Brussels cannot agree a free trade agreement. Talks have so far failed to produce an agreement between the two sides, with the issue of fisheries remaining one of the main areas of divergence.

Commenting on the current state of talks, he said: “The UK should not surrender our fish or our lawmaking powers.

“Leave the talks as promised if the EU still doesn’t agree a Free Trade Agreement.

“We trade well with the USA without an Agreement so FTAs are not essential.”

During negotiations, the EU has demanded continued access to Britain’s waters despite the UK being an independent state.

Countries, such as France, have demanded continued access close to the level experienced within the much-hated Commons Fisheries Policy.

Under the policy, members of the EU are given access to the UK’s Exclusive Economic Zone – with quota shares in place.

In order to try and break the deadlock, Lord Frost had offered the EU a three-year transition period on fisheries.

This would allow EU communities and fishermen to adjust to the changes, while quotas would also be gradually reduced during the period.

After Mr Barnier departs from London today, his counterpart will travel to Brussels for further discussions next week.

Despite the Prime Minister’s deadline of October 15 – the EU summit – it is expected the two sides will continue negotiations until the end of the month.

The Prime Minister’s spokesman said today that progress has been made in some areas.

They added: “We’ve had useful discussions this week and progress has been made in some areas.

“However, there still remain differences on some important issues.”

Prior to talks, Mr Barnier did tell EU ambassadors he now expected a deal to be agreed between the two sides.

This is despite the gaps in some areas between the UK and EU negotiating teams.

He said: “We are some way from a deal at the moment, if I’m honest.

“We are only just beginning a discussion about if is it possible to go further than you normally do in a free trade agreement.” 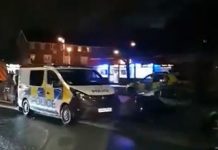 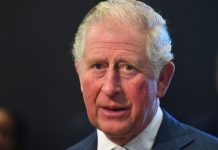