Kuenssberg: Northern Ireland deal ‘makes it easier to walk away’

Brexit negotiations regularly faltered over the issue of the Irish border until Prime Minister Boris Johnson and then Taoiseach Leo Varadkar settled on the Northern Ireland Protocol. This meant the region would leave the EU along with the rest of the UK, but continue to follow the rules of the bloc’s single market and customs union. Such an arrangement meant seamless trade could continue with the Republic of Ireland, avoiding the revival of a hard border.

A trade barrier was drawn down the Irish Sea for British goods going to and from Northern Ireland instead.

However, just days after the UK’s transition period out of the EU drew to a close, traders have experienced significant upheaval which has threatened businesses within the region.

He alleged that “the full regulatory and customs border is still barely being enforced in key areas” while various other new rules will not be implemented until April.

He also claimed that the full volume of trade crossing the Irish Sea has not yet reached its usual capacity, due to lockdown, December stockpiling and the usual reduction in trade seen in January.

Freight is facing major delays at the Irish Sea border according to reports (Image: Getty)

There will be additional fees for sending items across the border down the sea as the journey will now hike the cost up, which will lead to less competition across the market and enabling product prices to soar.

Consumers in Northern Ireland have already faced restricted choice in Sainsbury’s, as the supermarket has temporarily replaced its Taste The Difference range with Spar brand — a drastic move which could be replicated by many retailers who supplied Northern Ireland in coming weeks.

Marks and Spencer also temporarily withdrew hundreds of products in Northern Ireland due to the restrictions over the Irish Sea, even though the chain managed to operate in the region even during the difficulties of the Troubles.

Deliveries have also been slowed down by the checks conducted by EU officials and the need for customs declarations, as well as UK Border Force officials who are searching vehicles.

Mr McBride claimed: “In fact, the first week of the new border has actually largely involved officials turning a blind eye to widespread infringement of the new rules.”

READ MORE: Expats in Spain ‘forced to give up British citizenship’

Produce is struggling to get to the shops, reports claim (Image: Getty)

The food sector has faced particular upheaval and animal produce needs to be certified by vets before entering Northern Ireland from Britain.

Goods have to be recertified and seals reapplied several times as produce moves around, subsequently causing chaos.

Northern Ireland’s chief vet, Robert Huey, also told a Stormont Committee that most hauliers had not pre-notified their products electronically before crossing.

He explained: “So on day one we had to dump the plan and go back to the more traditional method of going through the manifest to identify likely SPS [animal and plant] goods and pull these lorries off the end of the ramp.”

He added that the new HMRC custom checks “seem unbelievably complex to me”.

Brexit: How the customs border was expected to operate between GB and NI (Image: Express)

However, Seamus Leheny from Logistics UK told the BBC: “There are some signs from some businesses that they are getting on top of things.”

He added: “The original problems from day one are persisting and for some operators they have deteriorated.”

Boris Johnson had promised “unfettered trade” for Northern Ireland goods going into the rest of the UK last year, but many critics claim the issues at the Irish Sea border now prove otherwise.

Forms which used to take 15 to 20 minutes to fill in now take close to four hours, according to those who have attempted the crossing — this could lead many to consider just limiting their business to Britain.

Brexit news: Just days after the transition period ended problems are said to have arisen at the Irish Sea border (Image: Express)

Brexit: Trade expert says there will be a ‘border’ in Irish Sea

Writing in Northern Ireland publication News Letter, Mr McBride also explained: “The problem with a circular flow of lorries between GB and Northern Ireland is that a blockage in either direction is immediately felt in both directions.”

Northern Ireland Secretary Brandon Lewis has triggered outrage across the region by repeatedly claiming that there is no new Irish Sea trade border, and suggesting that the problems will soon settle down as traders adjust.

He has also blamed the short supply of goods in supermarkets on the delays seen at the Dover-Calais crossing before Christmas.

However, some in the DUP now want to invoke Article 16 of the Northern Ireland Protocol, which would ease some of the measures of the crossing in an emergency. 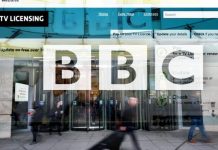 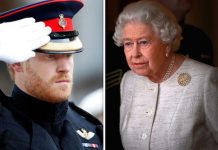 HM The Queen has appointed Nick Hurd, Jacquie Nnochiri and Deborah Tavana as Board Members of the National Citizen Service Trust