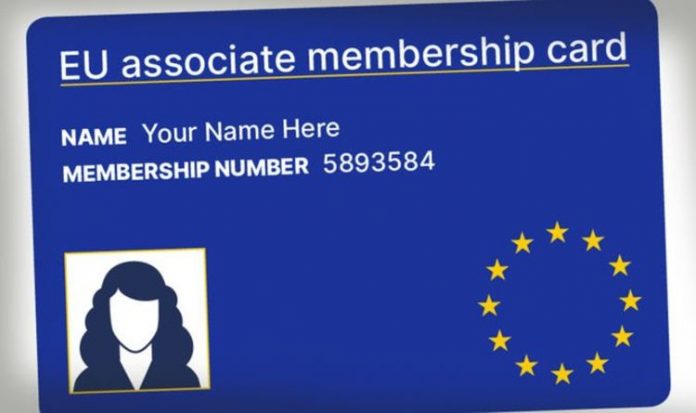 Despite the UK voting to leave the bloc in 2016, the Stay European group has launched an attempt to bring together people who want to resist the effects of Brexit. Although Britain has left the bloc, the group has launched a European identity to return back to the bloc. The scheme has so far received 159,890 registrations to apply for EU citizenship at the time of writing.

If the group gains enough registrations, they will lobby Brussels to create a formal scheme.

They said: “We are building a group of UK citizens who want to stay European.

“Joining the campaign is in itself a declaration of your wish to be considered European and to apply to become an associate citizen of the EU.

“Once the campaign is large enough to gain wider attention, we will lobby the EU to create a formal scheme that we can sign up to.

“We are going to do all we can to win official recognition of our status as Europeans – because whatever happens, in our hearts, we will all forever be European.”

The Stay European group has stated it was formed under five key principles: “We are Europeans, we never chose to lose our EU citizenship, we believe in the European project, we want the right to live, work and travel across Europe, we want to keep opportunities for future generations.”

The desire to re-join the EU has also been echoed by Scotland’s First Minister, Nicola Sturgeon.

Ms Sturgeon said on Thursday evening: “Scotland will be back soon, Europe. Keep the light on.”

JUST IN: Brexit LIVE: Macron claims ‘Brexit is a LIE’ and attacks UK

Ahead of the Holyrood election next May, Ms Sturgeon has stated her party will bring forward legislation to hold a second vote as soon as the end of the year.

Although she has stated her primary focus is to guide the country through the pandemic but that the UK Government’s current position on Scottish independence is unsustainable.

Ms Sturgeon said: “I think the referendum should, for a whole variety of reasons, be in the earlier part of the next parliament.

“I intend to say more about this before the election in our manifesto, but we are still in a global pandemic that I feel a bit more hopeful about seeing the end of than I did even just a couple of months ago.

“There’s still a lot of uncertainty ahead.