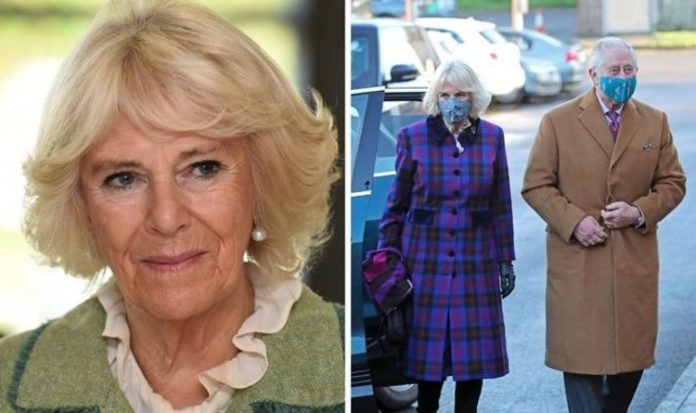 The Duchess of Cornwall is the subject of a Channel 5 documentary tonight, entitled Camilla: Making of a Mistress, which will explore the trials and tribulations experienced by the future consort. When Camilla first became a member of the Royal Family, many onlookers were unhappy with Prince Charles’ choice of second wife. Some argued she was the reason behind Charles and Diana’s bombshell divorce in 1996, with even the Princess of Wales admitting Camilla was involved with her then-husband.

Famously, in a 1995 BBC Panorama interview, Diana explained there were “three people” in her marriage, which made it “quite crowded”.

But in the years since she married Charles in 2005, Camilla has steadily seen the frostiness from observers thaw and has become an integral part of the senior Royal Family.

The way she managed to hold her nerve and cope with the unrelenting negativity was explored by veteran royal photographer Arthur Edwards, who said other royals could learn a thing or two from Camilla.

He said that Charles, in the aftermath of his divorce to Diana and marriage to Camilla, “suffered more adverse publicity than any other royal in modern times”.

“Charles and Camilla faced up to the criticism, got on with it and showed they were two people who want to do their duty for their country.”

According to , Mr Edwards said last year that regardless of the “bad publicity… Camilla and Charles have always looked straight down the camera and won over their critics”.

JUST IN: Photos of Prince Philip in ‘charmer mode’ meeting women in public

The backlash was also aimed at Camilla, with author Penny Junor arguing that the Duchess had been “brave” to weather the “horrendous” storm.

In the 2017 biography, The Duchess, Ms Junor detailed how Camilla had become “the butt of lewd jokes, crude cartoons and lurid headlines”.

Other attacks she experienced, Mr Junor wrote, included being targeted by “disturbing phone calls at all hours”, which led her to “become a virtual prisoner alone for a lot of the time”.

She added: “Life became horrendous, not just for Camilla herself but for all her immediate family.”

“How anyone comes back from that sort of public humiliation in unimaginable. I suspect most people would have been crushed by it.”

Writing for Vanity Fair in 2018, Ms Junor then examined how on the day of her wedding to Charles, the tide appeared to turn, with the public backing Camilla.

Ahead of the wedding, the likes of the Queen and Prince Philip, Charles’ parents, expressed their delight at his engagement, while sons Prince William and Prince Harry were “100 percent on board”.

Prince Charles and Diana before their divorce (Image: GETTY)

Ms Junor concluded: “She looked endearingly frightened when she stepped out of the car with Charles and waved briefly before disappearing into the Guildhall at Windsor, but it was clear the crowd was on her side.

“Slowly, as the day wore on, she relaxed, reassured and supported as always by having her family around her.”

Camilla’s resilience offered a marked contrast to Harry and his wife Meghan Markle’s treatment of the media, Mr Edwards argued.

The couple decided to only talk to sections of the media, highlighting a number of major publications they would opt out of talking to.

Mr Edwards added: “Harry and Meghan are blaming the media and have cancelled the Rota – a system where each newspaper takes a turn in covering royal engagements and shares the pictures with every publication.

“Now they are going to ban all newspapers except The Daily Telegraph.

“But they should beware, the Telegraph is a serious newspaper – just ask the MPs who fiddled their expenses.

“And if it finds the Duke and Duchess of Sussex should be held accountable for something, the paper will inevitably do its duty and inform its readers.”

Camilla: Making of a Mistress airs tonight at 9.30pm on Channel 5.