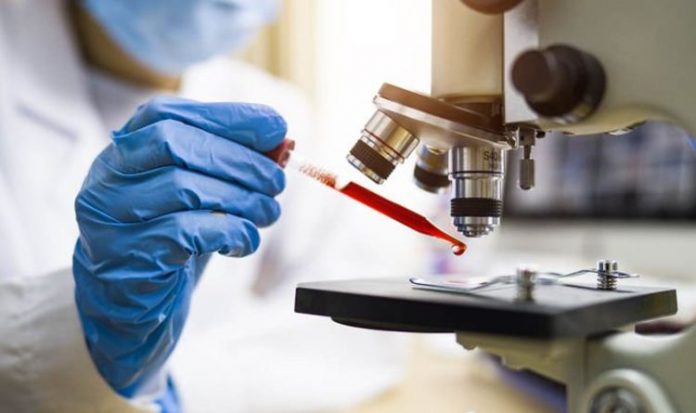 Cancer Research UK (CRUK) says slashed budgets mean tens of thousands have missed the chance to try potentially life-extending treatments. The charity finances around 10 new trials every year to test future treatments, but now all applications are on hold until at least spring. And it warns the emergency could continue for the next five years unless it receives urgent Government help.

Chief executive Michelle Mitchell said: “We’ve lost £160million this year alone. Without further support we will need to make major cuts to our research budget every year for the next four to five years.

“This would mean we’ll be spending £150million less per year by 2024 than we’d planned to spend.

“We cannot allow more damage to happen as we enter the second [virus] wave. Along with other cancer services it’s vital we protect trials and keep them open during the pandemic. We need to do this for the sake of patients now and for the millions of people who will go through cancer treatment in the years to come.”

The news is a huge blow to hundreds of thousands of cancer sufferers. There are around 367,000 new cases every year, equal to around 1,000 a day.

It comes weeks after this newspaper revealed how CRUK may be forced to sack 1,500 scientists, potentially putting tens of thousands of lives at risk. The charity could lose more than a third of its 4,000 experts as research funding is expected to be cut by £450million over three years.

Over a thousand researchers could be sacked (Image: Getty)

Writing for the Daily Express today, Mrs Mitchell, said: “Clinical trials ensure more people survive cancer by testing new treatments to see if they are safe and effective, which could lead to more treatment options.

“We can usually fund around 10 new trials a year but haven’t been able to fund any in 2020. All trial applications are on hold until spring next year.”

That halted recruitment to most cancer trials in the country and setting up new ones was put on hold.

Mrs Mitchell said: “Many of our research staff moved to support the front line and patients had to be shielded from Covid. It absolutely was the right thing to do at the time.

“As cancer services started to adjust during May, trials also started to reopen and recruit patients.

“Now, many cancer trials are back open to recruitment, which is fantastic. But this pause in clinical trials has left its mark.”

It is estimated 126,000 patients have missed out on trials financed by medical research charities this year, including those on Alzheimer’s, Parkinson’s and heart disease.

But the cancer cuts blow is particularly savage – and comes as experts fear a “staggeringly high” number of people are ignoring signs and symptoms because they cannot get a face-to-face examination and an urgent referral.

Last week Macmillan Cancer Support estimated 50,000 had been struck down with cancer during lockdown but had not yet received a diagnosis. That figure is set to double in just 12 months.

Macmillan warned the backlog of undiagnosed cancer could, at best, take a further 18 months to tackle in England alone. Meanwhile, 33,000 more sufferers are facing delays in starting treatment because of Covid.

The cash emergency at Cancer Research UK follows an anticipated £300million fundraising shortfall over the next three years.

The charity currently finances research in more than 90 UK universities, hospitals and institutes. But the crisis means fewer places, scientists, doctors and patients on clinical trials.

It would also mean cutting community engagement by 25 per cent, with far less work on cancer prevention and early diagnosis.

Sacking some of the world’s finest medical minds would seriously hinder advances in our understanding of the disease, which kills 165,000 in Britain every year.

The charity has begged the Government to “help find a solution to this funding gap”.

Founded in 1902, Cancer Research UK has been involved in some of the biggest recent breakthroughs. They include revealing in 2004 the shape of the faulty version of the BRAF protein, which drives cancer cells to grow, paving the way for drugs like vemurafenib for skin cancer.

In 2015 it launched AddAspirin, the world’s largest clinical trial, to find out whether aspirin could stop some of the most common cancers returning.

In the same year the use of olaparib was approved for women with advanced ovarian cancer. And in 2018 the charity launched two brain tumour centres of excellence and started recruiting patients for pancreatic cancer trials.

Daily Express columnist and world-respected oncologist Professor Karol Sikora said: “The effects of these delays will be felt for years to come.

“There are no emergency press conferences or daily updates, however make no mistake… Covid-19 kills – but so does lockdown.”