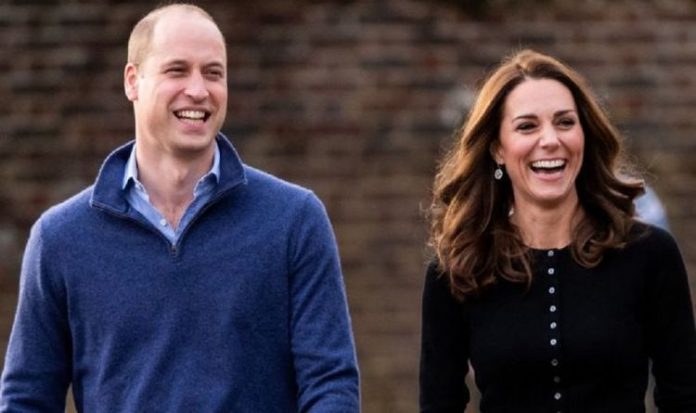 On one visit to Kate’s parents, he was treated to a special surprise. Carole and Michael Middleton decided to take Kate and William for a traditional dinner at their local pub, The Old Boot Inn in Bucklebury, Berkshire. In the Channel 5 documentary, “When the Middletons Met the Monarchy”, pub landlord John Haley recalled the charming way Kate introduced him to her future husband.

He told the programme makers:”Two tables were booked this particular evening, the second table was for their security.

“She said ‘Oh this is William, William, John’, and I shook hands, said ‘nice to meet you’.

“They were just in the conservatory, having a meal. The press came in the front but they didn’t even know they were there.”

The programme also explored the ways the Duchess of Cambridge’s parents tried to keep news of the young couple’s romance out of the public eye.

Kate biographer Claudia Joseph explained how Carole Middleton called family members to urge them to “be on their guard” should they be questioned about Kate’s relationship.

In her book ‘Kate: The Future Queen’, Kate Nicholl writes that a senior press officer told her: “We had been introduced to Kate early on, and we were instructed from the outset to give her every support possible.

“She was obviously the subject of a lot of press interest and intrusion from the paparazzi.

“William said we had a duty of care to her and her family and so we advised her on how to deal with the cameras.”

When Kate’s home address was published in the press, William insisted on installing panic buttons in Kate’s apartment.