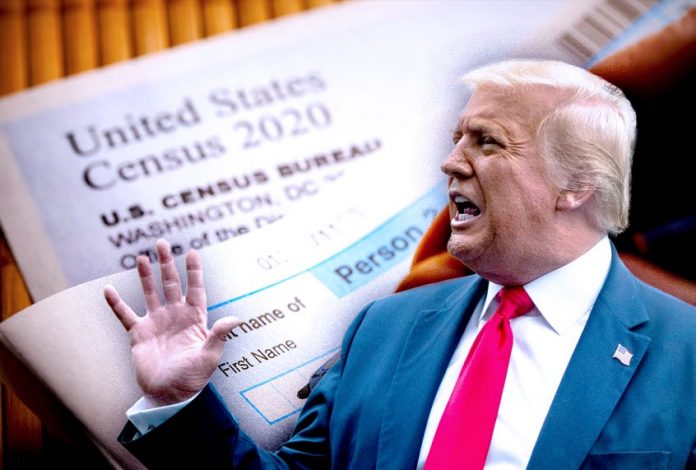 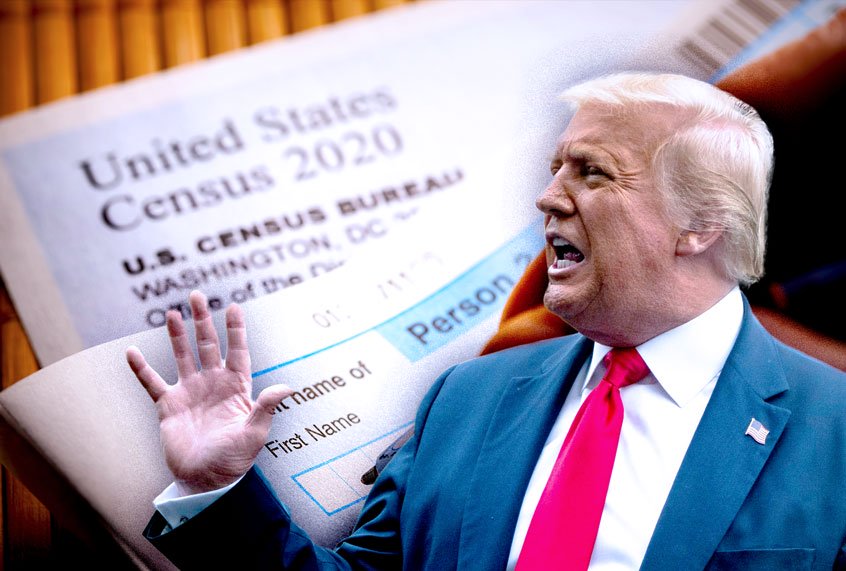 The Census Bureau revealed Monday that it will stop collecting data one month earlier than planned as it works to exclude undocumented immigrants from congressional apportionment under President Donald Trump’s legally dubious order.

The agency said earlier this year that it would need more time to complete the decennial count because of the coronavirus pandemic. Census Bureau Director Steven Dillingham now says the data will be delivered to Trump by the end of the year instead of next spring, at which time presumptive Democratic nominee Joe Biden may be in power.

Only about 63% of the country’s estimated 121 million households have responded to the census. The move particularly threatens to impact historically undercounted groups, such as people of color, immigrants and rural residents.

Dillingham said in a Monday statement that the bureau will end its field data collection and collecting responses via phone, mail or online by Sept. 30, Politico reported. He also said the bureau “continues to work on meeting the requirements” of two orders issued by Trump: a July 2019 executive order instructing government agencies to report data on undocumented immigrants for the purpose of excluding them from census data used by states to draft legislative maps and a presidential memorandum issued last month instructing the Census Bureau to exclude undocumented immigrants from congressional apportionment.

“A team of experts are examining methodologies and options to be employed for this purpose,” Dillingham said.

During a House hearing last week, Dillingham repeatedly refused to say whether the bureau stood by its original request for an extension. The Democratic-led House already voted to approve an extension, but a proposal from Senate Republicans does not include one.

The move is expected to boost Republican election prospects in the House of Representatives. An analysis by the University of Virginia’s Center for Politics found that among others, California would lose two seats, and New Jersey would lose one seat. Meanwhile, states likes Alabama and Ohio would gain one seat.

Trump claimed in the memorandum in June that the Constitution “has never been understood to include in the apportionment base every individual physically present within a State’s boundaries at the time of the census.”

“Instead, the term ‘persons in each state’ has been interpreted to mean that only the ‘inhabitants’ of each state should be included,” the memo said. “Determining which persons should be considered ‘inhabitants’ for the purpose of apportionment requires the exercise of judgment.”

Democrats and advocacy groups quickly challenged the order in court, arguing that the Constitution does not allow the census to count some people but not others. Under the 14th Amendment, House seats are to be divided among states “according to their respective numbers, counting the whole number of persons in each state, excluding Indians not taxed.”

“This latest scheme is nothing more than a partisan attempt at manipulating the census to benefit the president’s allies, but it plainly violates the U.S. Constitution and federal laws and cannot stand,” he told Politico.

The memo was issued after the Supreme Court blocked the Trump administration from adding a citizenship question to the census, though the president has tried to go around the court decision by using his executive powers. Administration officials said at the time that citizenship data could be used to draw legislative maps that “would likely shift power from more densely populated cities to rural areas,” according to Politico.

New York census director Julie Menin said Trump’s memorandum was “nothing but a disgusting power grab from an administration hell-bent on preserving its fleeting political power at all costs.”

“From day one, it has been abundantly clear that Donald Trump is going to try everything possible to stop New Yorkers from filling out the census, and now, amid a global pandemic that’s severely impacted outreach, they are straight-up trying to steal it,” she said in a statement to The Washington Post.

“The Trump administration is doing everything it can to sabotage the 2020 census so that it reflects an inaccurate and less diverse portrait of America,” Vanita Gupta, the president and CEO of the Leadership Conference on Civil and Human Rights, said in a Washington Post op-ed. “Its latest effort involves quietly compressing the census timeline to all but guarantee a massive undercount . . . It will leave the country with inaccurate numbers that deprive communities of resources, political power and the federal assistance necessary to recover from the pandemic for the next 10 years.”