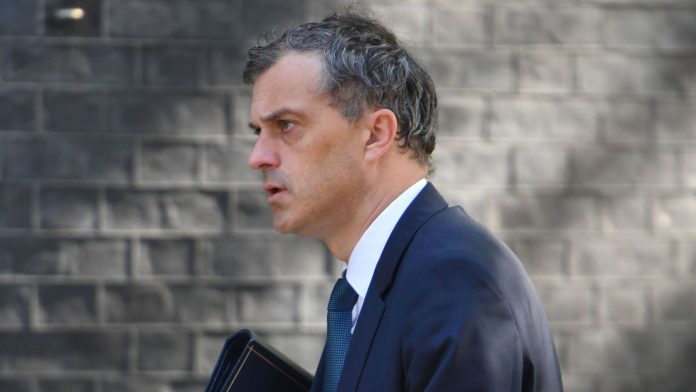 Senior Conservatives are under renewed pressure after it was claimed they deliberately reneged on agreements not to vote during knife-edge Brexit divisions.

Under House of Commons tradition, an MP from one party who is unable to attend a parliamentary vote can ask for a “pair” from another party, an agreement that sees one of their MPs also miss the vote.

Ms Swinson, who recently gave birth to her son Gabriel, reacted furiously when Mr Lewis was revealed to have voted and help the government win two knife-edge divisions on the Trade Bill on Tuesday.

Mr Lewis said it was an “honest mistake”, while Mr Smith said sorry and claimed the Tory party chair had been “asked to vote in error”.

But according to The Times, Mr Lewis and two other MPs were told by Mr Smith that they should vote, despite being paired.

Reacting to the report, Ms Swinson said: “Well… This reflects pretty badly on those peddling the ‘honest mistake’ nonsense.

“To be fair, hats off to the two MPs who told their chief whip to take a running jump when he asked them to break a pairing just because the govt might lose.

This reflects pretty badly on those peddling the ‘honest mistake’ nonsense.

To be fair, hats off to the two MPs who told their chief whip to take a running jump when he asked them to break a pairing just because the govt might lose.

I sincerely hope this isn’t true. No matter how tough the going gets, principle, integrity and standards matter. Without those, what’s left? https://t.co/26NHeNjmmg

There are currently no formal maternity or paternity arrangements in Parliament, with informal leave arranged at party level.

Senior Labour MP Harriet Harman is leading current efforts for MPs to be given six months’ maternity leave, with provisions for colleagues to vote on their behalf during their absence.

Theresa May was asked about the furore during Prime Minister’s Questions, telling MPs: “The breaking of the pair was done in error.

“It wasn’t good enough and will not be repeated.”

Labour has called for the chief whip and party chairman to resign if they cannot fully explain what happened.

Dawn Butler MP, the shadow minister for women and equalites, said: “If these reports are correct, the Tory whips, Brandon Lewis and even the prime minister have been telling untruths about their shocking move against an MP on maternity leave.

“Breaking a pairing arrangement was a desperate move by a collapsing government and makes politics even more inaccessible for women.

“We need a full, honest explanation of what’s gone on.

“If they can’t do so, surely the chief whip and Conservative Party chair should resign.”