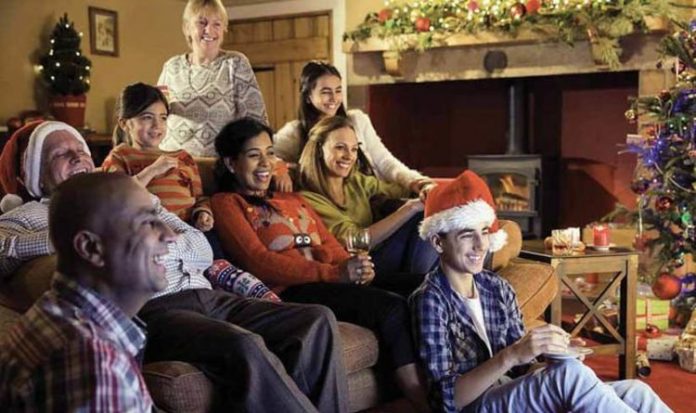 The changes will be in place from Christmas Eve to December 28. Boris Johnson praised people’s self-sacrifice in following the coronavirus rules and insisted it is paying off. The welcome Christmas plan will also be made possible because the virus testing regime is being massively cranked up.

The Prime Minister said: “The selflessness of people in following the rules is making a difference.

“The virus is not spreading nearly as quickly as it would if we were not washing our hands, maintaining social distancing, wearing masks and so on.

“And in England, the increase in new cases is flattening off.”

The Christmas gift to all four nations was agreed after negotiations between Minister for the Cabinet Office Michael Gove and national leaders, including First Minister of Scotland Nicola Sturgeon.

They said friends and families would be allowed to meet in a “careful and limited way”.

A Government statement said: “As such, ministers endorsed a shared objective of facilitating some limited additional household bubbling for a small number of days, but also emphasised that the public will be advised to remain cautious, and that wherever possible people should avoid travelling and minimise social contact.”

The 10pm curfew could be scrapped to give drinkers an hour to finish (Image: Getty)

Although travel should be avoided, people will be allowed across the country to give loved-ones the chance to reunite without breaking the rules.

But experts have warned that loosening restrictions will lead to a surge in coronavirus cases in January.

Chancellor Rishi Sunak said the Government’s approach to the pandemic is to “constantly adapt and evolve” its response as it gains more information about the virus.

He added: “With regard to Christmas, I think frustrating as it is for all of us, Christmas is not going to be normal this year.”

The PM is also due to announce plans today for a mass testing regime to put the country on a path to recovery.

He will say that troops are being drafted in to help the NHS deliver millions of tests in areas with the highest Covid levels. The PM will also outline new rules to come into force once the latest lockdown ends in England on December 2.

The winter coronavirus plan will include some tougher localised restrictions with more areas expected to be placed into the highest levels. Mr Johnson said: “With expansion in testing and vaccines edging closer to deployment, the regional tiered system will help get the virus back under control and keep it there.”

An extra £7billion in funding is being invested in the ambition for tens of millions of tests in the coming months. Meanwhile, dozens of Tory MPs are gearing up to oppose the new set of rules planned for after lockdown.

The Covid Recovery Group has written a letter – signed by 70 Tory MPs – calling for a “cost-benefit analysis” of the measures to prove they “will save more lives than they cost”.

The group, led by former Brexit minister Steve Baker, said: “We cannot live under such a series of damaging lockdowns and apparently arbitrary restrictions.”

Steve Baker said the nation cannot live under such a damaging series of lockdowns (Image: Getty)

Time looks set to be called on the 10pm curfew on pubs and restaurants.

Tory backbenchers have pushed for the restriction to be dropped after it led to a surge in drinkers heading for the exit at the same time.

The industry also railed against the move, making it more difficult to keep afloat.

It is expected that last orders will be called at 10pm but people will get an hour to finish, staggering the rush to the exit. Chancellor Rishi Sunak said the curfew was under review.

He added: “It’s definitely something that we’re looking at and, one of the things that we’ve been able to do as we’ve learned is get data, see what works and see where we can improve things.

Further instructions and SEO advice can be found here

“It’s probably fair to say when we introduced the curfew, that was something that was in common with many other countries and cities around the world.

“As we’ve learnt more, there’s opportunities for us to look and refine things.” Professor Calum Semple, a member of Sage advisory group, said “fiddling” with drinking-up times or pubs’ closing times was not an effective mechanism.

“You have to look at the whole human behaviour, and I think that’s what was missing when this first came in.”

When the second lockdown, closing pubs and restaurants, was introduced earlier this month, crowds gathered in the streets after 10pm to mark the last day of drinking.

Care home residents were given a major boost after Boris Johnson announced visiting restrictions will be eased by the end of the year.

The Prime Minister is launching a mass coronavirus testing regime that will allow everyone to have two visitors twice a week.

Friends and relatives will be tested twice each week to ensure they are not carrying the virus into the care home. It will also allow visitors to hug and hold hands with their loved ones for the first time since the start of the pandemic.

The changes are being piloted in 20 care homes before being rolled out across the country next month.

Care workers looking after people in their own homes will also start to be offered weekly tests from today.

Some care workers will be offered weekly tests from today (Image: Getty)

The Daily Express has led a crusade for a change in the rules restricting care home visits, which campaigners branded “inhumane”.

Millions of families have been unable to see loved ones in homes over the past eight months because of the pandemic restrictions.

A petition launched by campaign group Rights For Residents calling for loved ones to be allowed into care homes was backed by more than 182,500 people.

Strict rules were introduced after the virus swept through care homes at the start of the crisis.