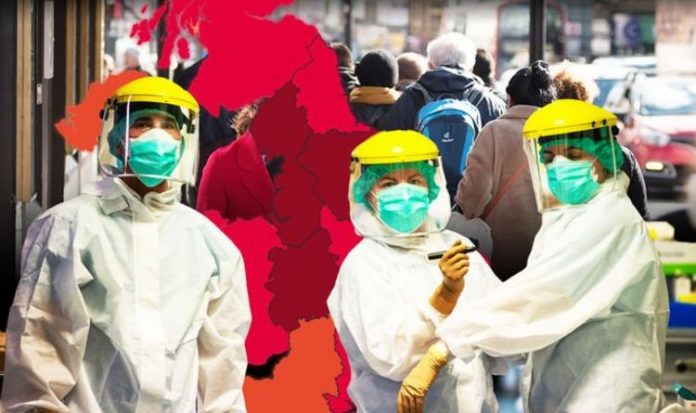 The ONS data, published on November 6, also showed the following:

There were increases in positivity rates in all age groups, except for older teenagers and young adults where rates are now levelling off.

There have been increases in positivity rates in all but the North East in England over the last two weeks.

The highest infection rates remain in the North West and Yorkshire and the Humber.

Positivity rates in Wales have increased in recent weeks, but the rate of increase is less steep in the week to October 31.

Positivity rates in Northern Ireland have increased in recent weeks, but it is too early to say that they have levelled off.