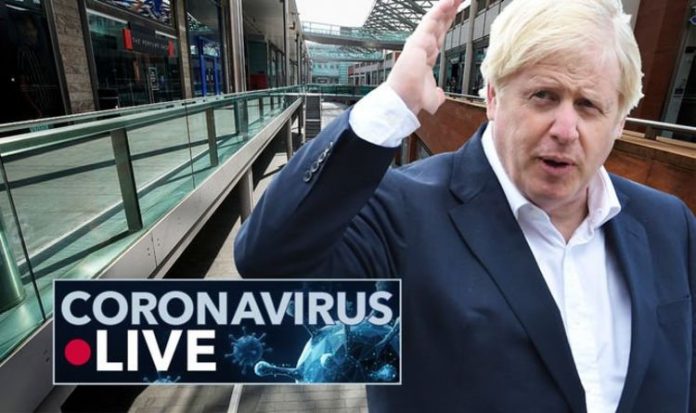 Boris Johnson will be joined at a Downing Street press conference by chief medical officer for England professor Chris Whitty and chief scientific adviser Sir Patrick Vallance in what will be the 100th coronavirus briefing since the pandemic hit the UK. The last time the three men appeared together at the podiums was September 9 when Mr Johnson outlined the “rule of six” and urged people to limit their social contact “as much as possible” to fight the invisible killer disease.

But three weeks on, the number of cases has risen, and Liverpool’s Mayor Joe Anderson has warned it’s “only a matter of days” before a more severe lockdown is imposed on the city.

Meanwhile, a final decision will come today on whether Merseyside will join the North East with tougher lockdown measures banning households mixing indoors, according to the Times.

Mr Anderson told The Daily Telegraph it was “only a matter of days” until a more severe lockdown was imposed on the city.

He said: “For me, it is only a matter of time because the virus isn’t able to be controlled in the city with the restrictions we have now.

“We need a circuit breaker or stricter lockdown to try to stop the virus spreading.

“If we can have the severest measures of lockdown now, we may arrest the increase and start to bring it down by the end of October, so that in the lead up to Christmas we can get some normality.”

As of 9am on Tuesday, there had been a further 7,143 lab-confirmed cases of coronavirus in the UK – the highest daily figure recorded since the outbreak began, although far more tests are being carried out than in the spring.

A further 71 people had died within 28 days of testing positive for COVID-19 as of Tuesday, bringing the UK total to 42,072 – although separate figures published by the UK’s statistics agencies show coronavirus was mentioned on the death certificate in nearly 57,900 cases.