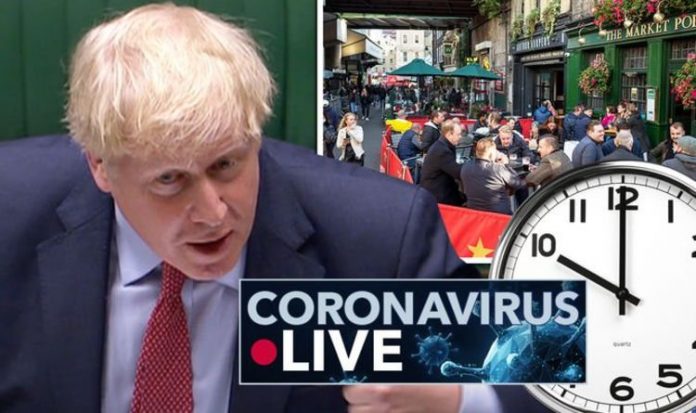 The Prime Minister is facing a sizeable Commons Tory rebellion over his Government’s coronavirus restrictions put in place to defeat the killer virus. Conservative rebels will meet today to discuss their next steps and are calling for significant movement on the 10pm pub curfew and the inclusion of children in “rule of six” regulations for gatherings.

They have been encouraged by Labour’s refusal to say whether they support the curfew.

Leading rebel Steve Baker said: “Consensus among Conservative MPs seems to be around two points – that children should be excluded from the rule of six and that the 10pm curfew is not justified by the evidence.

“I wouldn’t expect to win a vote on either issue. The reality is we need to persuade the Government on all these matters.

“With Labour and the SNP missing in action we won’t be defeating the Government in any rebellions.”

MPs will vote on Tuesday, the day the Prime Minister addresses the virtual Tory conference, on the regulations which enforce the rule of six in England in order to allow them to continue.

Former Commons speaker John Bercow has condemned the Government over its handling of the pandemic and described the coronavirus Test and Trace system as “shambolic at best and non-existent at worst”.

Speaking to Good Morning Britain on ITV, he said: “This is a Government that doesn’t believe in accountability.”

Asked whether he thought Prime Minister Boris Johnson is the right man for the job, he replied that it is “in a sense a red herring”.

“My critique of the Government is that they have had months and months and months of mixed and misleading messages and, frankly, doing press conferences offering scripted soundbites and televised addresses to the nation or taking to Twitter are no substitute for accountability.”

8.20am update: Localised lockdowns ‘are working’

He he told BBC Breakfast: “They are working. As we learn more we can adapt our interventions.”

Chancellor Rishi Sunak has defended the 10pm curfew for pubs and restaurants saying it was “better than having places closed”.

The Government is under pressure from Toy MPs to abandon the curfew amid claims there is no evidence that it is preventing the spread of coronavirus while it is damaging business.

However, Mr Sunak told BBC Breakfast: “The curfew was something we were told by our advisers could well make a difference to the spread of the transmission. We know social contact is how the virus spreads.

“In common with many other countries around the world this is thought to be something that can help suppress the spread of the virus. We are not an outlier in having a curfew.

“As a tool we have at our disposal to try and suppress the spread of the virus, it is one that is advised across the board can make a difference.

“What I would say is it is better than having places closed.”

Chancellor Rishi Sunak has said his priority is to protect as many jobs as possible from the economic fallout of the coronavirus pandemic.

In his speech to the Conservative Party’s virtual conference on Monday Mr Sunak warned the country faced “hard choices” as it rebuilt the public finances.

But speaking to Sky News on Tuesday he said that would have to be achieved “over time” and that his immediate focus was on employment.

He said: “My overall focus at the moment is trying to protect as many jobs as possible. What is happening in our economy at the moment is significant and severe, many people are losing their jobs.

“So the focus of my intention in the short term is doing what we can to support as much employment as possible. 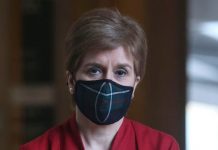