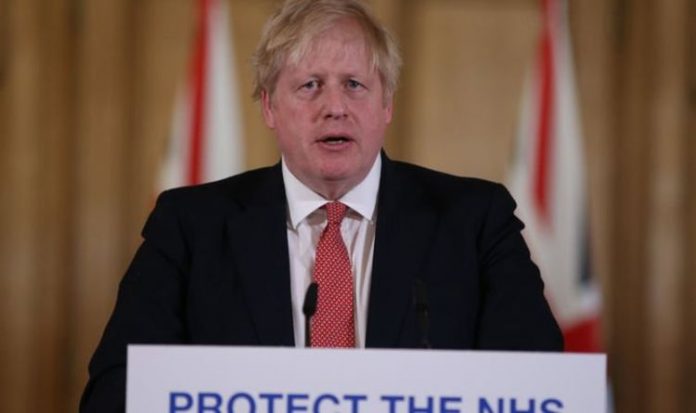 Last week, the Prime Minister imposed a second national lockdown, set to last until December 2 – although critics have raised concerns the restrictions could be extended.

Now, 50 Tory MPs have joined an anti-lockdown group known as the ‘Covid Recovery Group’ in an attempt to fight against any Government plans to extend the lockdown.

Led by Mark Harper and former Brexit minister Steve Baker, the group will demand a full cost-benefit analysis of lockdown restrictions based on a regional basis.

Mr Harper said: “The country is badly in need of a different and enduring strategy for living with the virus that doesn’t require us to keep living under a series of damaging lockdowns and seemingly arbitrary restrictions.

“At the moment, the cure we’re prescribing runs the very real risk of being worse than the disease, and it’s important that we base all our decision as a country on informed scientific, economic and health data.”

A further 45 MPs are reportedly considering joining the group, which has its own WhatsApp group.

Those already in the group include the likes of William Wragg, Sir Robert Syms, Dr Ben Spencer, Harriet Baldwin and Nus Ghani.

Sir Graham Brady, chairman of the Tory backbench group The 1922 Committee, as well as Chris Green and Adam Afriyie, are also part of the group, according to The Telegraph.

READ MORE:POLL: Should national lockdown end early and be replaced

A Government source said: “It is true that we were furious about the leak, but the PM is absolutely clear that the evidence showed these measures were necessary.

“Even if you put the 4,000 figure to one side, there was plenty of other very concerning data, such as the hospitalisation figures, that made it very clear he had to act.”

But Tory MPs have demanded an end to the restrictions following the news of the changed figures.

Sir Desmond Swayne told MailOnline: “We’ve not shown any reluctance to just reverse decisions that we thought were wrong in the recent past.

“If we think that the wrong decision has been made then clearly it should be reversed as soon as possible.

“The less damage done the better. No point in hanging on for the full month just to maximise the pain.

“Particularly when all signs are starting to show that actually according to the data we have already turned the corner.”

Under the new restrictions, pubs, restaurants and gyms have been forced to close again while takeaways and essential shops remain open.

People are also banned from meeting someone from a different household both indoors or outdoors.