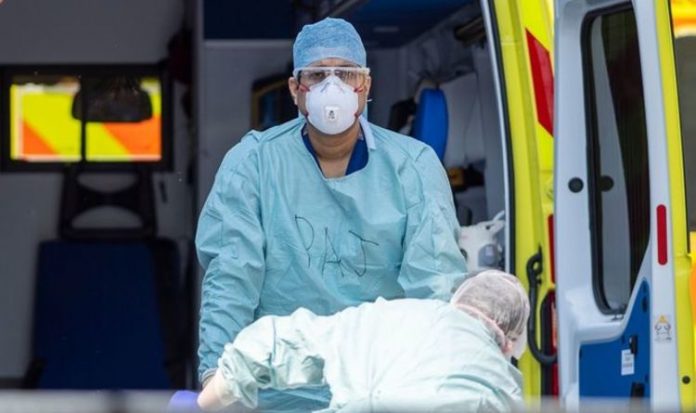 It comes as the UK recorded 14,542 new COVID-19 cases on Tuesday which is almost 2,000 more than the previous day. Hospital admissions in England have rocketed up to a four-month high.

Official data has revealed there were 478 new hospital admissions in England on Sunday.

This is almost a 25 percent increase on the 386 who were admitted on Saturday.

It is also the highest number since 3 June when the figure stood at 491.

On Tuesday, another 76 deaths related to the coronavirus were recorded which has brought the country’s total to 42,445.

On the same day, it was announced that 2,783 patients were in hospitals in England with the virus which is a significant increase from the 1,881 a week earlier.

There are also 349 patients on ventilators compared to 259 a week earlier.

Tuesday’s figures come after the Government revealed that 16,000 cases in England were missed by the NHS Test and Trace scheme.

Health Secretary Matt Hancock said the Government’s assessment of the pandemic had “not substantially changed”.

Knowsley and Liverpool have the second and third highest rates with 498.5 and 487.1

Scotland’s First Minister Nicola Sturgeon said that new coronavirus rules, which are expected to be revealed on Wednesday, will not lead to a second lockdown.

MPs have voted in favour of coronavirus measures to enforce the rule of six in England by 287 votes to 17.

The restrictions are already in place, however, the motion offered a retrospective vote on the rules.

Mr Johnson’s official spokesman said the ban was a “sensible and helpful” measure.

On Tuesday, the prime minister laid out his promises for social care, housing and green energy during his Conservative Party conference speech.

He vowed to “build back better” from the coronavirus pandemic.

He said the crisis would be “trigger for an acceleration of social and economic change, because we human beings will not simply content ourselves with a repair job”.