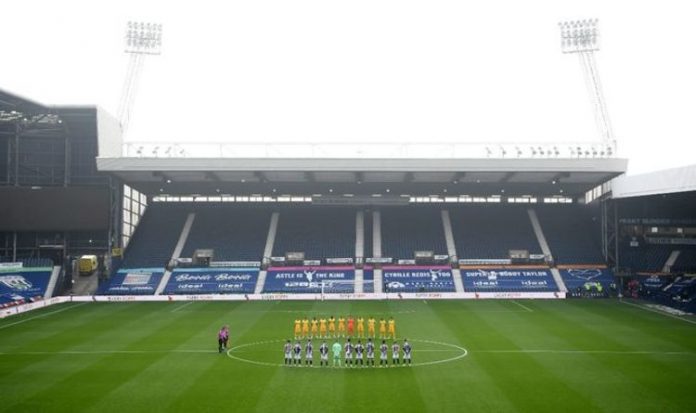 The new instant tests could allow Britons to find out whether they are infected prior to attending large gatherings. The test has a proven accuracy of 95 percent in the most infectious cases.

It also detected more than three in four infections – most of which are currently not being picked up on.

Sir John Bell, regius professor of medicine at Oxford University, said: “These inexpensive, easy to use tests can play a major role in our fight against COVID-19.

“They identify those who are likely to spread the disease and when used systematically in mass testing could reduce transmissions by 90 percent.

“They will be detecting disease in large numbers of people who have never previously even received a test.”

Prime Minister Boris Johnson said he expects to have 10million doses of the vaccine by the end of the year if it is authorised by regulators.

On Monday Dr Albert Bourla, Pfizer chairman and CEO said: “Today is a great day for science and humanity.

“The first set of results from our Phase 3 COVID-19 vaccine trial provides the initial evidence of our vaccine’s ability to prevent COVID-19.

“We are reaching this critical milestone in our vaccine development program at a time when the world needs it most with infection rates setting new records, hospitals nearing over-capacity and economies struggling to reopen.”

Pfizer is working with BioNTech in the development of the jab and is one of two main candidates alongside Oxford University and AstraZeneca.

Dr Bourla added: “We look forward to sharing additional efficacy and safety data generated from thousands of participants in the coming weeks.

“I want to thank the thousands of people who volunteered to participate in the clinical trial, our academic collaborators and investigators at the study sites, and our colleagues and collaborators around the world who are dedicating their time to this crucial endeavour.

“We could not have come this far without the tremendous commitment of everyone involved.”

NHS practices have been told to prepare for mass coronavirus vaccination efforts from December 1.

Up to 1,500 GP practices and drive-through sites will be open every day from 8am to 8pm to carry out the vaccination efforts according to the Daily Telegraph.

Each centre will give out at least 1,000 vaccines per week, totalling to at least one million jabs will be dispensed weekly according to the plans.