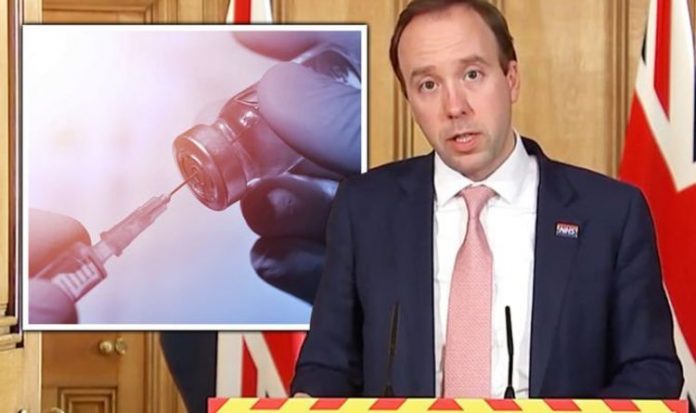 The first of the coronavirus jab centres is expected to open next month, with five up and running by the time the festive season rolls in. According to leaked documents, London will host a major site as will the northern cities of Leeds and Hull, where a second wave of the killer virus is spreading fast.

The health service will have trainee nurses, physios and paramedics at each vaccination centre which will have the capacity to administer the jab to tens of thousands of people each day, reports.

NHS bosses are banking on two potential vaccines being ready this winter.

People in high-risk groups will not have to travel to get injected and will instead be offered a mobile service.

People will also be able to get vaccinated against COVID-19 at their local pharmacy or GP surgery.

A report in the Financial Times on Wednesday said AstraZeneca could start profiting from its COVID-19 vaccine as soon as July next year.

The paper cited a memo showing the British drugmaker can declare when it considers the pandemic to have ended.

The London-listed firm previously said it would not profit from the vaccine “during the pandemic”.

The report attributes the development to a memorandum of understanding signed this year between AstraZeneca and Brazilian public health organization, Fiocruz.

READ MORE: Britons would ‘go to prison before being injected’ with Covid vaccine

AstraZeneca said on Thursday: “From the outset, AstraZeneca’s approach has been to treat the development of the vaccine as a response to a global public health emergency, not a commercial opportunity.”

The drug giant claimed it has put in place multiple supply chains to ensure access to the vaccine is timely, broad and equitable for both high and low-income countries.

It added: “We continue to operate in that public spirit and we will seek expert guidance, including from global organisations, as to when we can say that the pandemic is behind us.”

Pricing and supply of experimental COVID-19 vaccines have been widely debated as richer countries pump billions of dollars into funding.

AstraZeneca has been granted protection from future liability claims.

The Oxford vaccine suffered a setback this week over a delay in a US trial.

Due to a month-long pause imposed by an American regulator, participants may not be able to receive their booster shot.

The setback means that volunteers taking part in the trial may be omitted from the study if they cannot receive a booster.

Americans who put themselves forward for the experiment began receiving doses at the end of August.

The trial was paused in early September after a British volunteer developed symptoms consistent with a rare spinal inflammatory disorder called transverse myelitis.