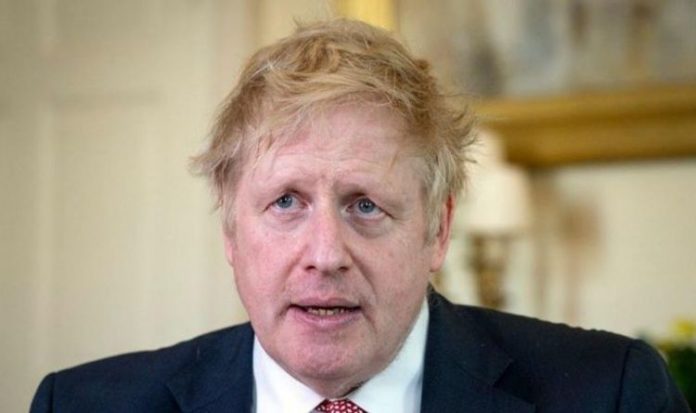 The Prime Minister has been urged to address a backlog of cancer patients which could cause the deaths of 30,000 people over the next decade by a group of MPs. Due to this catastrophic backlog of patients, more than 100 MPs have written to the Prime Minister demanding he give an emergency boost to cancer care. In the letter, the MPs said: “We urge you to work with your ministers to ensure that the NHS reacts more quickly to restore cancer services that have been badly disrupted due to the response to COVID-19.

“We are particularly concerned that the NHS’s plan appears to be limited to getting cancer services back to normal by the end of the year but this timescale is far too long.

“Many cancers can become untreatable in a matter of weeks.”

In the letter seen by The Times, the signatories include Dan Poulter, a former health minister and Sir Ed Davey, a former Energy Secretary during the coalition.

Although the focus has been currently on the coronavirus pandemic, professor Karol Sikora, the former head of the World Health Organisation’s cancer programme, has claimed the UK could face a cancer crisis.

He said: “Some estimates say a few thousand cancer patient lives could be lost.

“I think you can easily multiply that by ten.

“We have almost certainly caused the death of something like 30,000 patients.

“I think it’s going to end up in that sort of number 30,000 who would have probably been cured if it hadn’t been for COVID.”

Due to this, the letter from MPs has called for a new solution to quickly address the crisis.

The charity’s chair, Pat Price said: “This is the biggest crisis in cancer services in my lifetime.

“We need a dramatic intervention from the government, or we will lose thousands of lives unnecessarily.”

“It is not enough to get services back up and running by the end of the year.”

A Department of Health and Social Care spokesperson said: “Cancer diagnosis and treatment has been an absolute priority – Nightingale hospitals have been turned into mass screening centres and we are giving the NHS a record cash funding boost of over £33 billion.

“Hospitals have successfully and quickly cared for patients urgently referred by their GP, with over 92 per cent of urgent cancer referrals being investigated within two weeks, and 85,000 people starting treatment for cancer since the beginning of the coronavirus pandemic.

“Importantly, in June 45,000 more people came forward for a cancer check and we urge anyone concerned about possible symptoms contact their GP and get a check-up.”