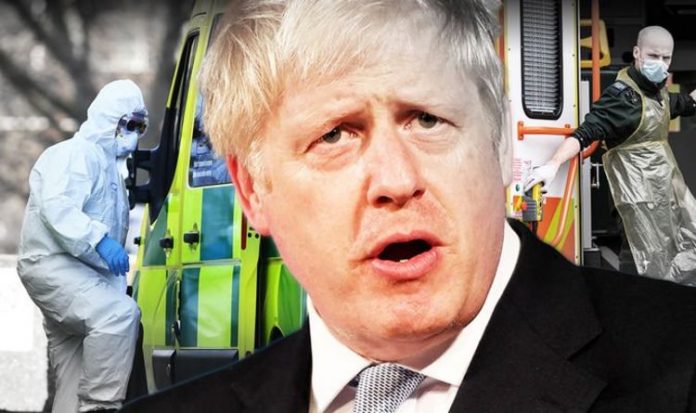 Independent SAGE, a group of scientists who provide scientific advice about coronavirus, has warned Britain is in a “dangerous place” with infection rates doubling every week and hospital admissions rising. A report published today in advance of Independent SAGE’s briefing argues any attempt to pursue herd immunity in the UK is doomed to failure, while a separate analysis cautions against trying to replicate Sweden’s controversial methods in the UK.

Herd immunity is believed to have been considered early on in the pandemic, with the Government’s Chief Scientific Officer Sir Patrick Vallance having used the phrase.

The idea was subsequently scrapped – but the Government has taken note of Sweden’s approach, led by Professor Anders Tegnell.

In the UK, Professor Sunetra Gupta (a theoretical epidemiologist at Oxford University), Professor Carl Heneghan (director of Oxford University’s Centre for Evidence-Based Medicine), Professor Karol Sikora (consultant oncologist at the University of Buckingham) and Sam Williams (director and co-founder of the Economic Insight consultancy) advocated adopting the strategy in a letter to the Spectator this week.

Boris Johnson has been told herd immunity in the UK will not work (Image: GETTY)

The first Independent Sage report said: “A deliberate strategy of attempting to raise the level of population immunity by allowing or encouraging people at lower risk of hospitalisation or death to become infected is not only unlikely to achieve the desired objective of population immunity, but risks a significant amount of avoidable death and illness, without protecting the economy.”

Current evidence suggests the duration of immunity conferred by a bout of COVID-19 is likely to last less than a year, the paper warned.

It explained: “In addition, guaranteed shielding of vulnerable groups is infeasible and there would be substantial mortality and morbidity even among the ‘non-vulnerable’.

Professor Karol Sikora is among those advocating a change of approach (Image: Twitter)

“It would also increase health and social inequalities, with the most disadvantaged groups, particularly the elderly, deprived and the ethnic minority groups, being disproportionately impacted.”

With treatment for COVID-19 improving all the time, delaying the infection of as many people as possible for as long as possible would save lives and ill-health, the report stressed.

It added: “Other countries have shown that the infection rates can be suppressed without highly damaging ‘lockdowns’ by using established infection control procedures, including excellent contact tracing followed by supported isolation.”

DON’T MISS
School attendance at 90 percent as Boris’ strategy ‘huge success’ [INSIGHT]
Schools reopening: Do I have to send my child back to school? [EXPLAINER]
Stacey Solomon breaks down in tears over big change at home [VIDEO]

The second paper, entitled A closer look at Sweden’s response to COVID-19, said: “Sweden is often used as an example of a country where a population immunity strategy is working, without lockdowns.

“Its chief public health expert Anders Tegnell himself has said ‘Each country has to reach ‘herd immunity’ in one way or another, and we are going to reach it in a different way’.

“However, firstly, the idea that Sweden has no restrictions or lockdown is a misconception and secondly the assertion that its strategy is successful is far from clear.”

Coronavirus figures in the UK as of yesterday (Image: Express)

READ  Brexit news: Theresa May set for DEFEAT as Remainers claim 'we have the numbers!' | Politics | News - UK

Swedes have been advised to work from home if possible until the end of the year, while with a few exceptions, travel from outside the EU is banned until November.

Visiting retirement homes was likewise banned from April to October 2020 and there is also an ongoing ban on gatherings over 50 people (punishable by a large fine or prison).

The paper concludes: “There is little to suggest in this chart that Sweden’s strategy is better than its Nordic neighbours (particularly Norway and Finland) and a lot to suggest that it is worse with a much larger burden of disease over spring and the summer.

Boris Johnson was himself treated in intensive care for COVID-19 (Image: GETTY)

“While it is certainly possible that the winter will evolve very differently for Sweden compared to the other countries, it is far too early to know.”

We need to recognise that the UK is not Sweden – and what works there might well not work here for the reasons outline above.”

Among the guests at today’s virtual briefing was children’s author Michael Rosen, who spent 47 days in intensive care after contracting COVID-19 in early May.