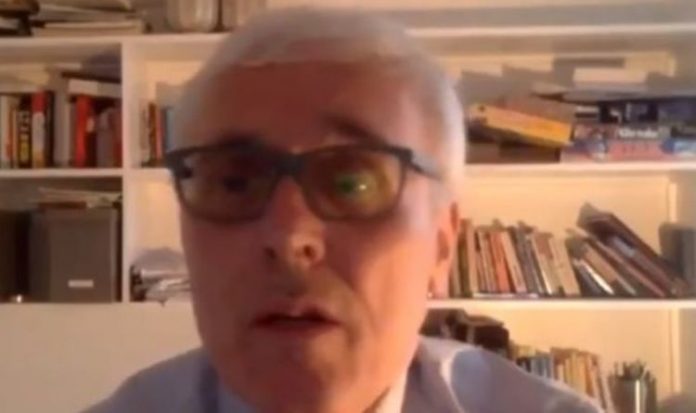 During an interview with Sky News, Professor Anthony Costello warned the UK Government’s lockdown tier system will hit the economy harder than a national circuit-breaker. He added that NHS and care workers are under great threat and routine treatments will be blocked if COVID-19 cases continue to rise.

Professor Costello said: “The Prime Minister is trying to steer a middle path between the people that say ‘just let this run now’ and those that say we need to lockdown.

“The problem is that poor control of the pandemic will not just hit all our health indicators, but it is also going to hit the economy harder in my view than a circuit-breaker.

“Which is what the Government’s advisor group of scientific experts advised nearly five weeks ago.

READ MORE: EU Commissioner squirms over refusal to give up fisheries for UK deal ‘What about jobs?’

“There are 6,000 people in hospital blocking other treatments.”

He continued: “Cases and hospitalisation are rising every day.

“We have got deaths beginning to raise and an R-value at around 1.4.

“I am not sure there is any convincing evidence that Tiers 2 and 3 are going to work.

“For businesses who can open, it is now clear the impact of restrictions on them, particularly in the hospitality sector, is more significant than they’d hoped. So I’m making two changes on the work scheme to make it easier for those businesses to keep staff on rather than make them redundant.

“First, under the original scheme, employees had to work for 33 percent of their normal hours. Now we will ask them to work only 23 percent of those hours.

“Second, the employers’ contribution for those hours not worked will not be 33 percent or even 20 percent as it is in the October furlough scheme. It will reduce to five percent.

“And the scheme will apply to eligible businesses in all alert levels so businesses that are not closed but face higher restrictions will be able to access greater support.”