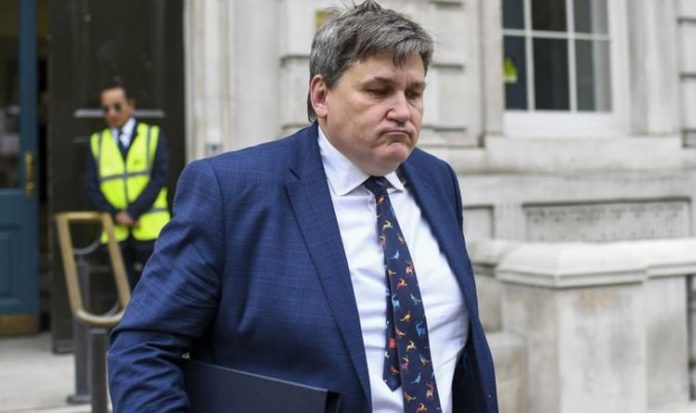 Policing Minister Kit Malthouse has admitted that the full records of more than 15,000 people were accidentally lost during a purge of data from the system last month. He revealed in a written statement to Parliament that details of 209,550 offences relating to 112,697 people had been wiped while operators were trying to delete data that was supposed to be removed. This included the entire police records of 15,089 people.

Fingerprint, DNA and arrest records have been affected.

But Mr Malthouse stressed that fewer than 200 fingerprint records were lost, with no figure put on the number of missing DNA files.

The Government is hopeful that none of the records will be ­permanently lost and can be retrieved from other systems, including the separate National DNA Database, he said.

But the recovery is expected to take at least 12 weeks, leaving police forces and other law enforcement agencies unable to access ­missing data in the meantime.

He said: “While the data is in­complete, there is the possibility that law enforcement partners will not have access to records and information that could help progress their inquiries and investigations.

“We have also confirmed that no records of convictions have been deleted. Our analysis shows that 99.5 percent of the deleted records were created prior to 2011.

“Technicians are also confident that all the data which has been deleted can be restored.”

The Police National Computer is held and managed by the Home Office. It is understood that data on certain individuals was being removed in accordance with Britain’s withdrawal from the EU on January 1.

However, a “coding error” is said to have led to the wrong records also being deleted on January 10.

Labour has branded the blunder a “disastrous security breach” and has asked for assurances that data on ­suspected terrorists has not been lost.

Shadow Home Secretary Nick Thomas-Symonds said: “Even in the best-case scenario, there will be three months during which criminals could walk free due to a dangerous lack of police records.”

He has written to Home Secretary Priti Patel asking a series of further questions about the data loss.

He said he wants to know if local police forces have been informed of the potential impact on their on­going investigations.

He said: “Have conversations been held with policing to assess whether operations or investigations have been undermined, including on counter-terrorism?

“Public safety has been put at risk yet again by unacceptable incompetence.”