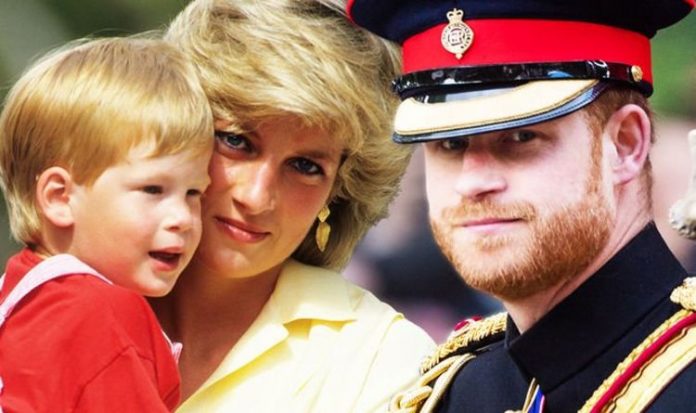 Diana’s life remains a topic of debate for royal observers. During a royal podcast, it was revealed that the Princess had a nickname for her son Prince Harry which perhaps offers insight into the inner workings of the Royal Family’s relationship. Her former protection officer Ken Wharfe claims that the Princess’ nickname for her youngest son was “Good King Harry”: it was something that stuck through his youth, despite his slightly older brother Prince William being destined for the crown.

Diana, it is said, believed Harry had what it took to be a good monarch.

As Mr Wharfe explained during Robert Jobson’s Royal Podcast: “Many, including Diana, thought that Harry – given his predilection to being quite robust and good at taking orders – would have made a good King himself.”

The notion could back-up claims found in Omid Scobie and Carolyn Durand’s Finding Freedom, which detailed Harry and wife Meghan Markle’s departure from senior royal life. This could lead some to argue Diana encouraged Harry to move away from the Royal Family.

Here, the royal authors claim that one of the main sticking points for Harry and Meghan’s departure was a feeling of being sidelined by William and his wife Kate Middleton.

Princess Diana: The Princess was known to be extremely fond of her sons (Image: GETTY)

This theme was explored during the Royal Rota podcast, where hosts Lizzie Robinson and Chris Ship reflected on the claims that Harry and Meghan had left the family as a result of dissatisfaction with their quickly diminishing roles.

Ms Robinson claimed it made sense that the Finding Freedom claims were true, and said: “There was a lot of detail in one extract about the Sandringham summit and how they felt in the lead up to that – about how they wanted to leave and change their roles as working members of the Royal Family.

“Meghan and Harry wanted to have conversations with the Queen and they felt they were being blocked from doing that.

“The book says that on occasion they felt like they were being sidelined from things in favour of other members of the family.”

JUST IN: Prince William broke down in ‘tears’ after explosive Diana interview

Finding Freedom pits Kate and William as unwelcoming “snobs” sceptical of Meghan and her Hollywood background, while others have also floated the idea that the pair were slowly squeezed out of the family by other members.

An instance of this came during the Queen’s Christmas speech.

In 2018, a photo including Harry and Meghan can be seen on the desk she sits behind.

Yet, a year later following the revelations about their struggles with Royal Family life in South Africa, Harry and Meghan were not seen, or referred to, during Her Majesty’s Christmas address.

Prince Harry’s brutal boast to Prince William: ‘I can do anything’ [REPORT]
Kate Middleton title: Why was Diana a Princess but Kate is not? [INSIGHT]
Princess Diana and Prince Charles romance: How old was bridal Diana? [ANALYSIS]

Royal feud: Harry and William are known to have fallen out in recent years (Image: GETTY)

Royal expert Russel Myers, speaking to Channel 5 last year, said the move would have had a profound effect on the couple.

He said: “The lack of photographs of them during the Queen’s Christmas speech obviously had an effect on them.”

Meanwhile, Finding Freedom states: “Harry felt as though he and Meghan had long been sidelined by the institution and were not a fundamental part of its future.